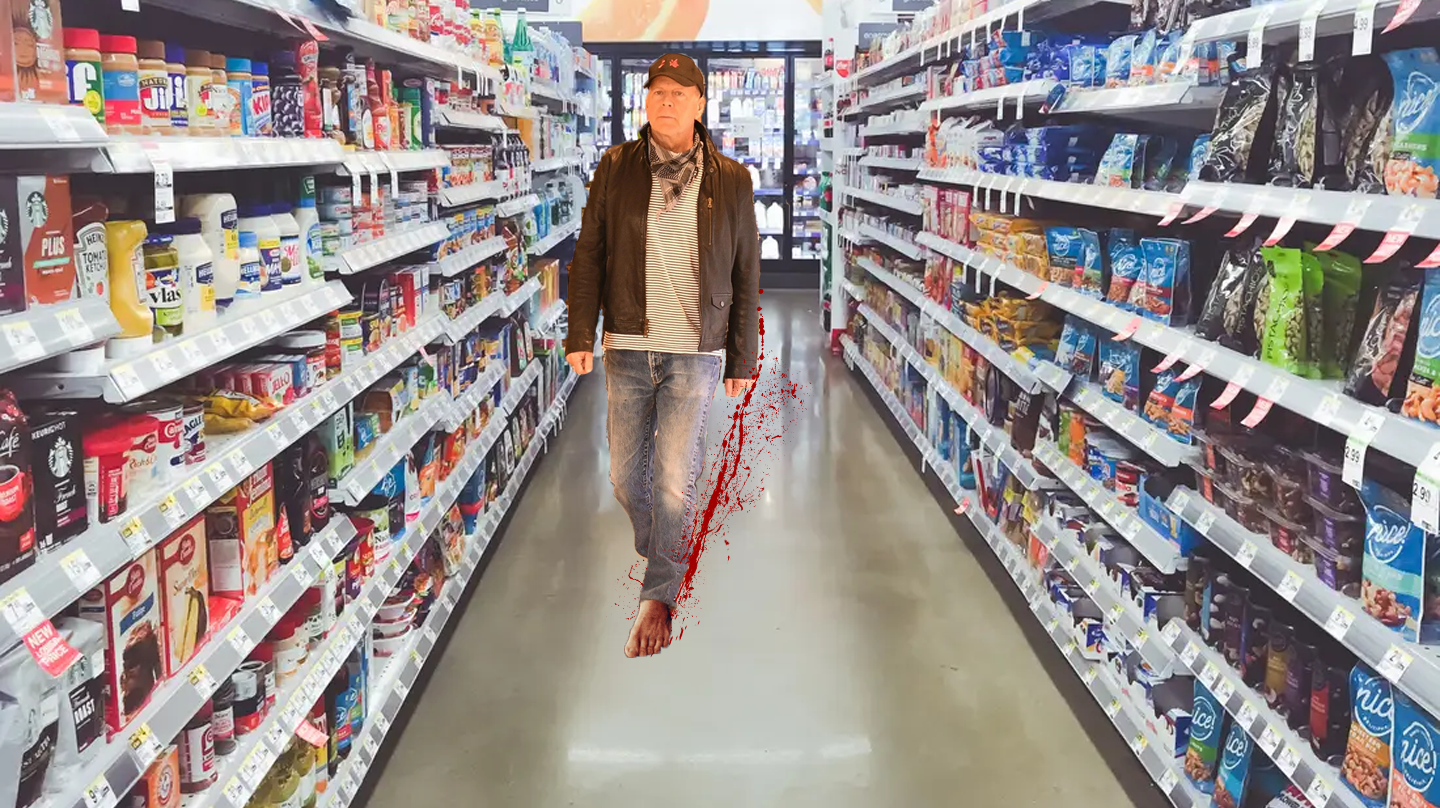 LOS ANGELES — A haggard, wild-eyed Bruce Willis was removed from a CVS on Tuesday after entering the store without shoes while bleeding profusely from his feet, according to several eyewitnesses who were just trying to buy toilet paper.

“Somebody has to do it,” Willis said, echoing a line from his vigilante protagonist in Death Wish while an elderly patron slipped and fell in a puddle of his blood, risking serious injury. “I'm gonna secure these Mallomars, even if the government refuses to take action. You can’t kick me out of here, this is America!”

Store patrons and employees alike were confused by his blatant lack of hygiene, apparent paranoia for a villain that does not exist, and flagrant disrespect for other people shopping alongside him.

“We offered him slippers, but he just kept shushing us and saying the ‘bad guys’ would hear us if we weren't quiet,” says store manager Garrett Dewsbury, as he helped mop up the trail of blood Willis left by the Charleston Chews. “Even tried to remove my shoes because they were 'too squeaky,' and 'wouldn't protect me anyway,' like he didn’t understand the basic logic and science of how footwear works.”

“Look, like everyone with mangled, fucked-up feet, Bruce is struggling with being all cooped up in his beautiful, multi-million dollar mansion. All he wants to do is walk around. It’s not his problem if everyone else has to deal with the trail of blood he leaves behind,” said Brent Fibblesmith, Willis’ publicist. “People love to judge on social media, as though they haven't also gone on unhinged trips to their local pharmacy thinking they’re an action hero stopping European masterminds from robbing the store. You might ignore basic personal safety and endanger the people around you in that situation, too.”

At press time, Willis called his decision to forego protective footwear an “error in judgement” while recovering from an easily preventable, extremely painful infection in both feet.

BY:
Chloé Cunha
MORE FROM THE PLOT TWIST