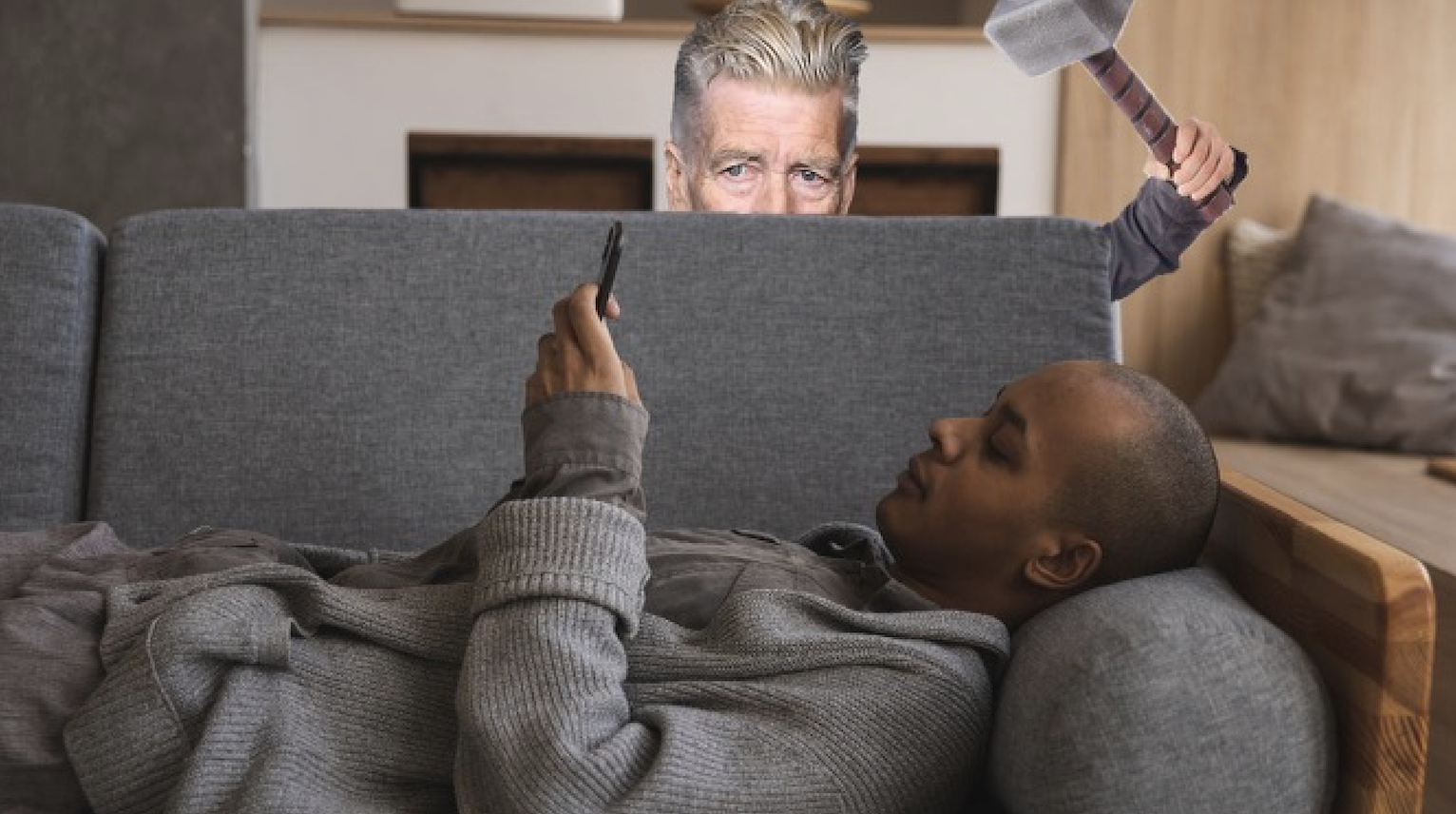 POMONA, Calif. — Famed surrealist director David Lynch is in custody today after allegedly bashing a Pomona resident’s kneecaps in for watching a film on his phone, authorities reported.

“I never expected to be in mortal danger trying to stream a movie in my own home. But one second, I’m watching Soul on my phone after putting the kids to bed, and the next, there’s David Lynch, screaming about disrespecting the medium and swinging a bat,” said the victim, Eric Perrault-Carr, in a statement from his hospital bed. “Next thing I know my legs are busted and he’s knocked out in the mudroom. I guess now I know to always watch movies as if famed avant-garde director David Lynch is lurking behind me, ready to strike.”

“It’s a lot to process. I love Twin Peaks and Mulholland Drive. My husband’s a big Dune fan, too so that movie’s a bit of a soft spot for us. But now that David Lynch has shattered my husband’s kneecaps, I don’t know what I should think,” said the 38-year-old web developer. “What I really want to know is how he found us and broke into our house.”

“If I’ve said it once, I’ve said it a thousand times,” snarled Lynch outside the police station. “Anybody who watches a movie on their fucking phone’s getting a visit. It’s a betrayal of film form! I didn’t work this goddamn hard for you to get a fucking Twitter notification about a cat in a bodega during the climax of my movie. Shit!”

At press time, county prosecutors had opted to file charges against Mr. Lynch, citing the fact that while they agree cellphones are not for film watching, that Perrault-Carr’s Roku remote was all the way across the room, so what was he supposed to do?

BY:
Virginia Dickens
MORE FROM THE PLOT TWIST