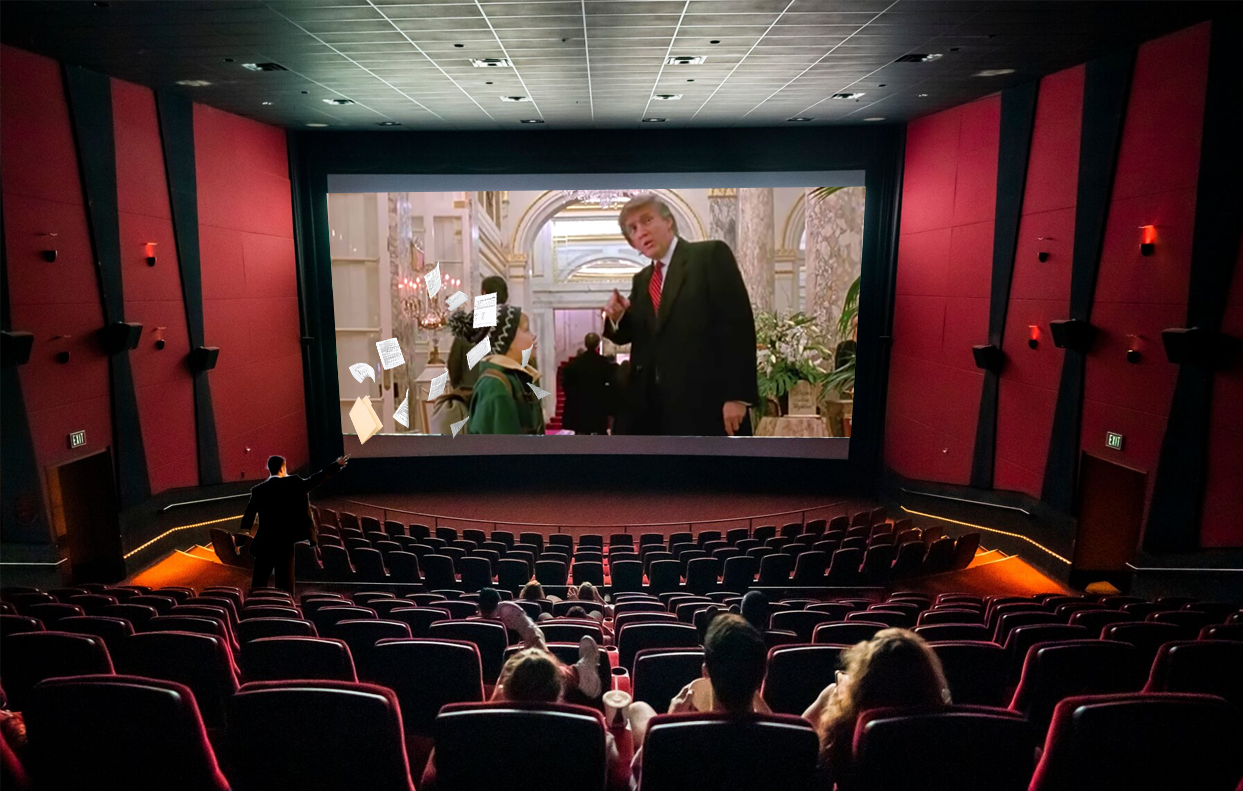 FORT WAYNE, In. — Fans of the movie Home Alone 2: Lost In New York were treated to a midnight screening event at the Fort Wayne Oracle Theatre, where in addition to viewing the film, they were encouraged to chuck real legal subpoenas at the screen during the brief scene with Donald Trump.

“This is definitely going to be a holiday tradition from now on,” said Allen Morgan, a longtime fan of the movie. “What an immersive experience! I mean, the way they provide everyone in the audience with a dozen actual subpoenas for that moment when Trump appears on screen makes it feel like you’re in the movie. And since he’s such a fucking criminal, there were more than enough to go around!”

Oracle Theatre director and event coordinator Christian Ortiz was charged with the task of obtaining actual legal subpoenas in order to give the screening more authenticity.

“It was a lot easier than I thought it would be,” Ortiz said of the process of getting the subpoenas. “Any courthouse in New York’s southern district, as well as all the federal court buildings in essentially every state, are teeming with subpoenas, court summonses, affidavits, all for Trump. They had more than enough to spare, and were honestly relieved to have us take them off their hands.”

Unfortunately, the popular event has been met with some backlash.

“We sent the small-time Oracle Theater letter informing them that we fully intend to hit them with a SLAPP suit for their libelous Home Alone 2 screenings if they do cease and desist immediately,” said Donald Trump’s personal attorney Rudolph W. Guiliani in a tweet which also accidentally shared kompromat meant for Ukranian officials. “It may not have a leg to stand on, but that’s never stopped us before. Still counting on that big win from SCOTUS!"

At press time, following the demands of dozens of state and federal judges, the Oracle Theatre announced the midnight screenings of Lost In New York would become a monthly rather than annual event.