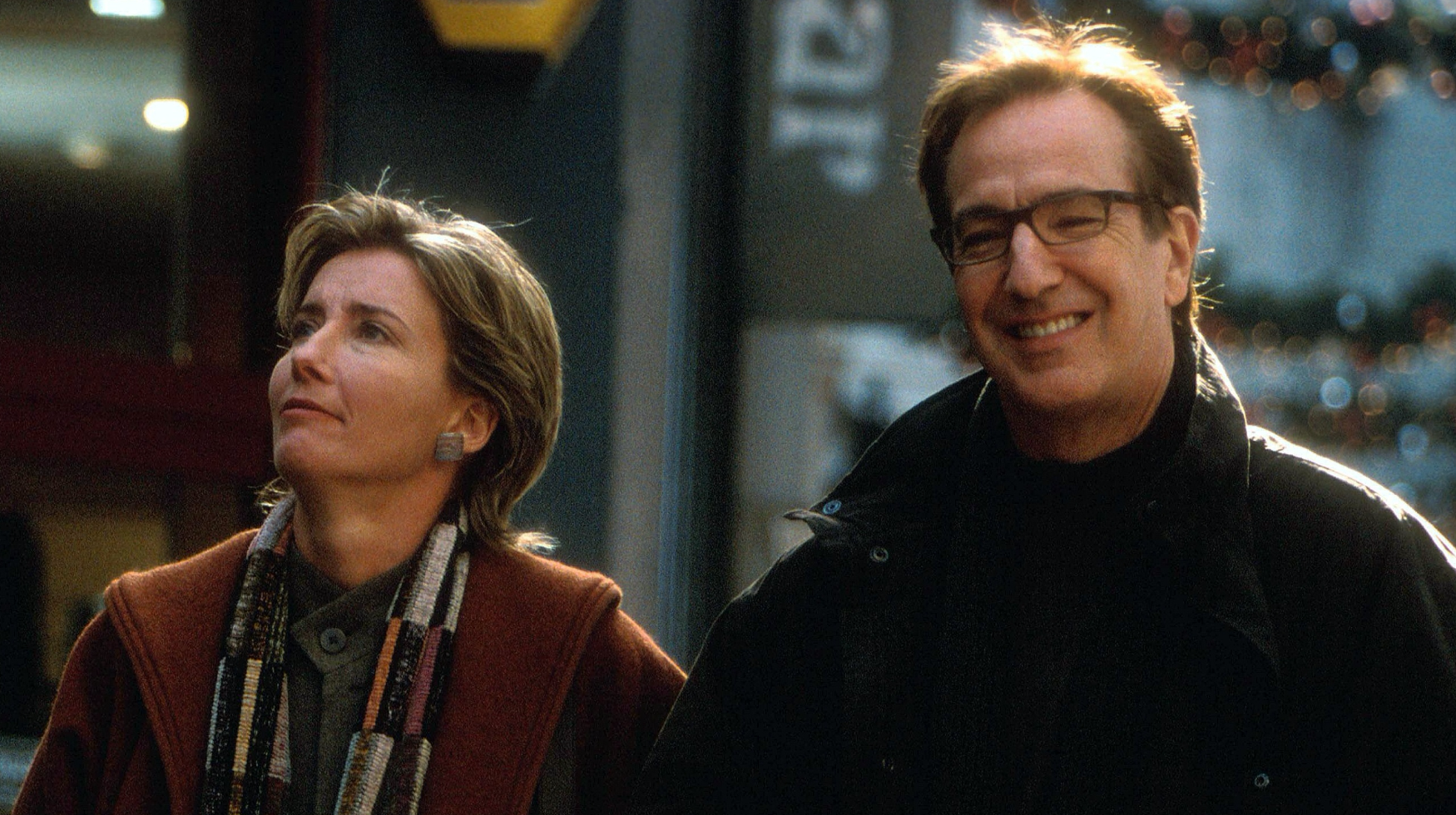 HARRISBURG, Pa. – Curled on the sofa for her annual viewing of Love Actually, Mary Robinson began simmering with rage Friday night as she watched Alan Rickman’s character commit the adulterous sin of purchasing a necklace for his secretary, her husband reported.

“Listen, I let his nefarious actions slide when he portrayed Professor Snape in the Harry Potter franchise. I know that was just part of a fantasy world. Plus, he was a good guy in the end, I think. But this? This is unforgivable,” she hissed at no one in particular while throwing fistfuls of Smart Pop at the television screen. “Makes me really question the strength of Alan Rickman’s moral fiber. What kind of person would do that to his wife? He must have truly been a monster.”

Robinson’s husband, on the other hand, believed the late actor was being judged too harshly.

“Mary’s gonna kill me for this, but I actually think people are way too hard on Alan Rickman. His only crime was buying a piece of jewelry,” he offered, attempting to defend Rickman as he avoided his spouse’s withering glare. “Can’t a guy show his appreciation for a hardworking employee without being vilified? It’s not like he slept with her, for Christ’s sake!”

Richard Curtis, the screenwriter who penned the classic holiday family, was more disappointed than angry with Rickman.

“Sure, when I wrote the script I intended for the character of Harry to flirt with Mia a little, but I never expected Alan to take things that far. I mean, what he did was lechery in its purest, most despicable form. Now I know how Victor Frankenstein must have felt,” Curtis said. “Personally, I’ve never been able to forgive him for his behavior – and I don’t know about Emma, but if she has, I suppose she’s just that much stronger than the rest of us."

At press time, Emma Thompson had been awarded the Queen’s Gallantry Medal for restoring order and happiness to the Brown household while starring in Nanny McPhee.