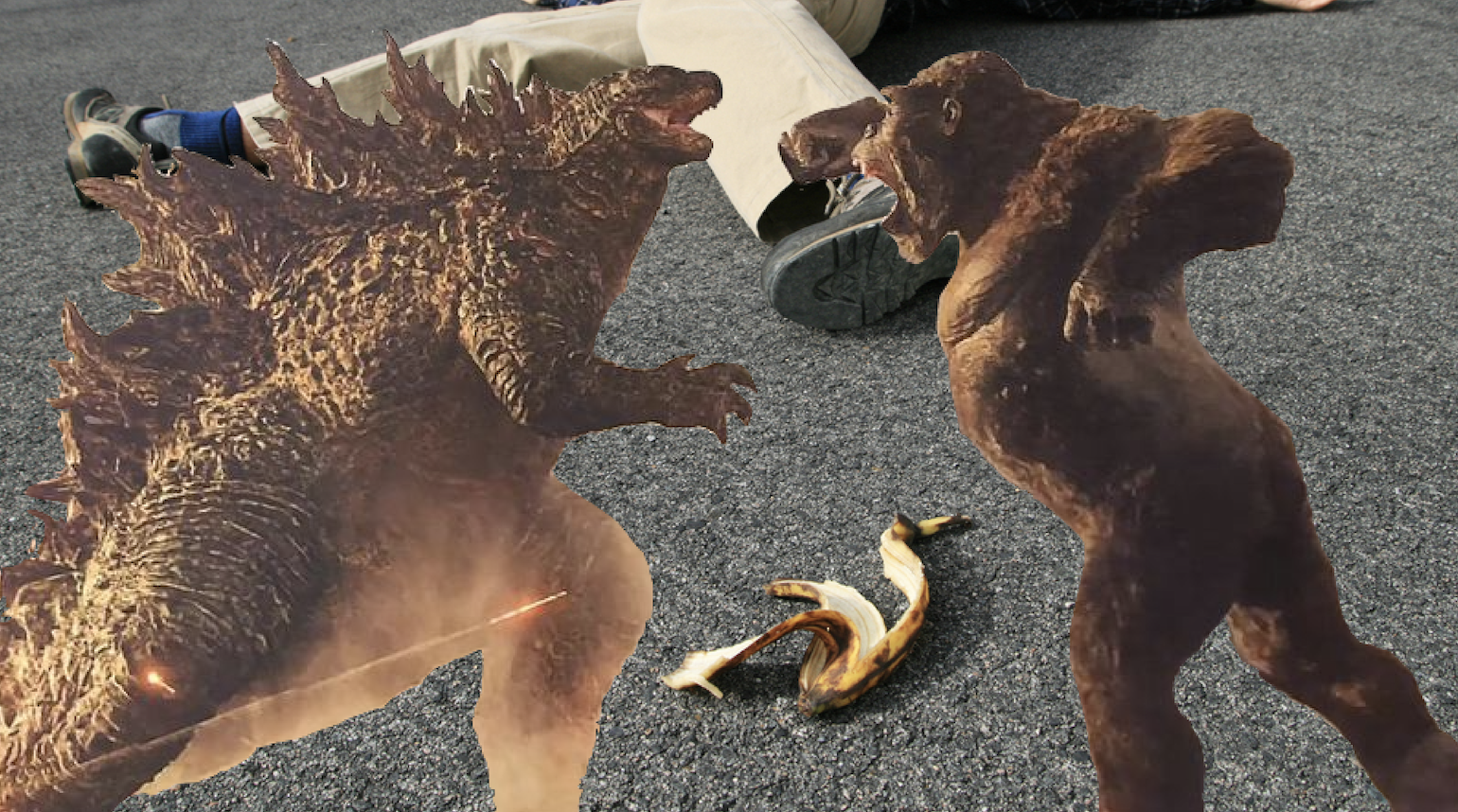 LOS ANGELES — Los Angeles emergency rooms were overwhelmed this week with broken tailbones as hundreds of residents slipped on the thousands of slippery banana peels Warner Bros. distributed across the city in a guerilla marketing campaign promoting the release of Godzilla vs. Kong, health experts reported.

“At first we thought the peels were only placed on public streets and sidewalks, but after the number of casualties topped 500, we expanded our search, and have since discovered many on private property,” said Dr. Kelsey Turnbuckle, an official with the Los Angeles County Department of Health Services. “Restaurants, movie theaters, and even underground goth night clubs have been transformed into sites of classic cartoon chaos and mischief. We’re still trying to estimate the scope of the devastation, but our models suggest the toll could eventually top 1000.”

Survivors of the marketing stunt have been left with more than just physical injuries.

“I was minding my own business, looking for one of those silver living statue guys to heckle, when all of a sudden I’m flying through the air and landing flat on my back,” said Daisy Buchanan, who fell flat on her face on Rodeo Drive. “I just wanted to blow off steam after Ohio State ruined my March Madness bracket, but all I got was a bruised tailbone and an intense phobia of walking on sidewalks. Still gonna see the movie though.”

Warner Bros. marketing executives were quick to downplay the damage.

“The residents of Los Angeles are always on their phones. If people are slipping on the peels, it’s their fault for not looking where they were going,” said Warner Bros. marketing director Scott Stumper. “Besides, all L.A. residents implicitly sign waivers of liability when they move here, so Hollywood companies cannot be held legally responsible for any harm that befalls them due to poorly thought-out marketing stunts.”

At press time, Warner Bros. employees were seen releasing hundreds of Komodo Dragons downtown Los Angeles, to represent Godzilla’s side of the fight against King Kong.