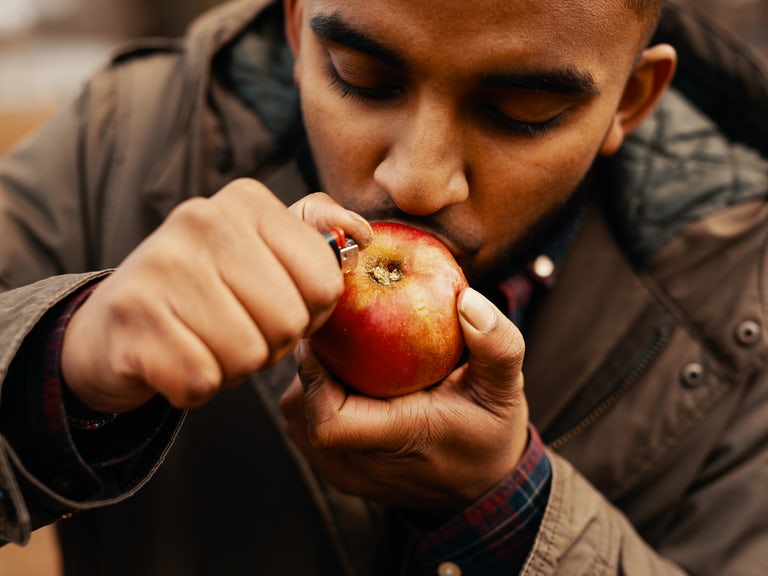 LOS ANGELES — Audiences were stunned by the laser-accuracy of the pilot of Euphoria creator Sam Levinson’s most recent hyperrealistic teen drama featured a scene in which a few 17-year-olds smoked dirt weed out of a homemade apple bong at “The Spot,” millennials who felt “seen” reported.

“With Euphoria I feel like we tapped into something really special. But after exploring the glitz, the glam, and the untamed, I wanted something more. The quotidian, the everyday, the lonely stoner who seems to free himself at night. Thus, a project was born,” said Levinson. “These kids who, for a lack of a better term, just don’t have a life. Smoking at The Spot is their entire universe. No drug addiction, no domestic abuse, not even divorce. All their parents are happily married, they have nothing to run from, or to. I thought, wow, now there’s a story.”

Cast members have spoken highly of their experience on set.

“I just really related to my character. Every group of high schoolers has their own spot and DIY bong. In my case, it was a cut up water bottle and the closest Westfield mall parking garage,”star Deacon Baxter coughed before declining a glass of water. “It’s great getting to play someone so close to home. Plus, I swear I get a high from the prop weed. Maybe it’s the adrenaline, I dunno. It’s just such an honor to be here.”

Prop master Aaron Wilcox considers the some-two hundred apple bongs he made for the show his magnum opus.

“Sometimes being a prop master can feel like a thankless job. But with this show, I’m able to really tell the story with the props I create. Check out this one. I call her Granny Ganja, ‘cause I made her from a Granny Smith apple. You just twist the stem until it falls out, and there’s your bowl piece. Then take a deconstructed pen, I prefer a Pilot G-2, and make two holes for the carb and the mouthpiece. Boom. And we have ourselves a show.”

At press time, the kids were presumably smoking out of an apple bong at The Spot.