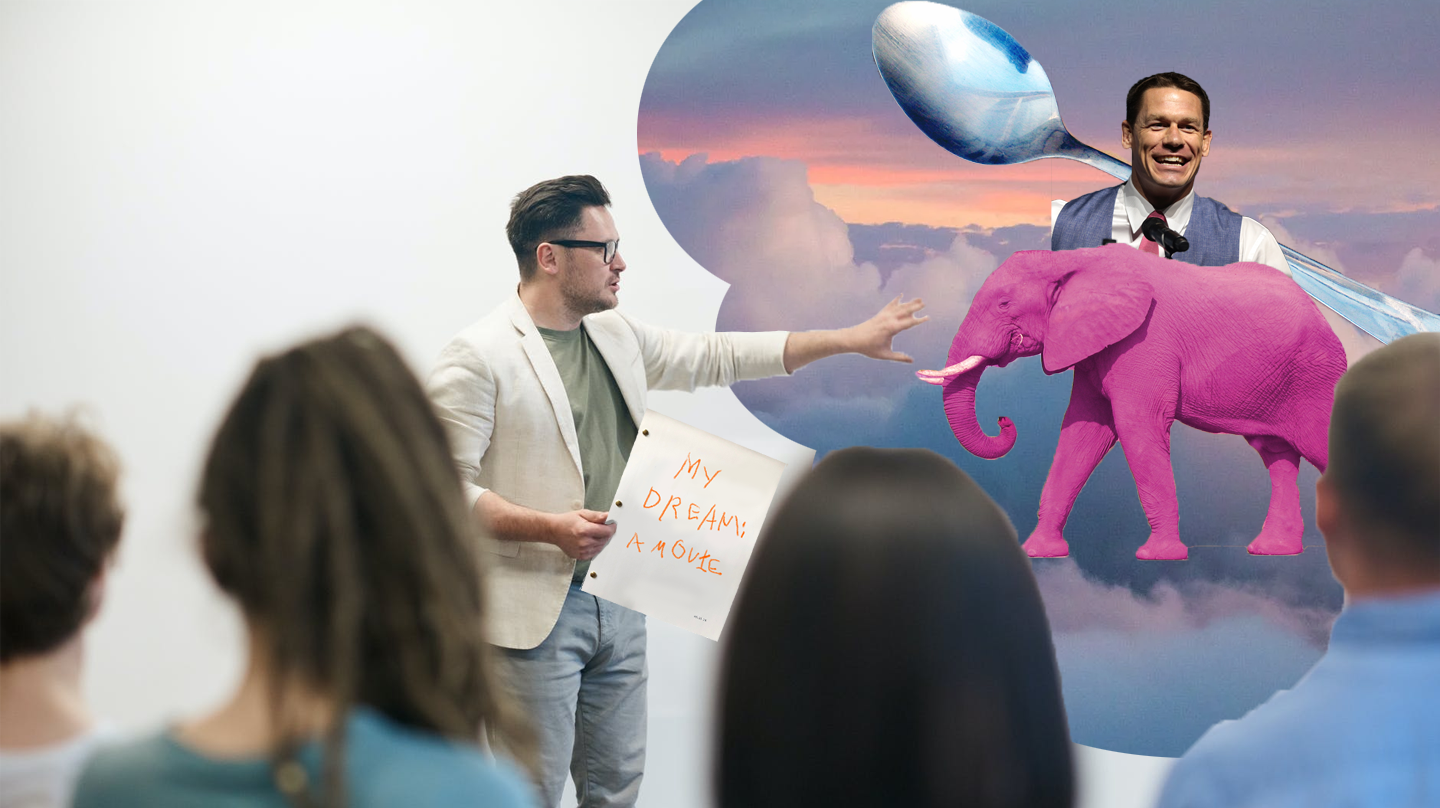 CHICAGO — Film student Hugh Andrews told friends and followers on social media Thursday morning that he will be turning a recent ‘crazy trippy’ dream he had into what will inevitably be a confusing, awful screenplay, friends who are going to be forced to read the train wreck report.

“It was like, sci-fi but also fantasy at the same time and like, there was time travel, but no one know they were time traveling or... wait, maybe they did but they had, like amnesia,” Andrews said while flipping through illegible notes scribbled down at 3 in the morning. “There has never been a movie made like this before, it is going to revolutionize movie-making and the narrative structure. Oh, did I mention the Brain Frog? I think people could fly too. There’s just so much to this world.”

Andrews’ friend, and sometimes writing partner, Vera Phelps is not looking forward to helping with this project.

“His waking life ideas are usually pretty good and coherent, but basically any dream he has he wants to turn into some grand project. Then I have to sit with him for hours to try to turn his subconscious ramblings into a plot,” Phelps said while trying to avoid texts from Andrews. “And then when I try to mold it into something coherent, he refuses because that wasn’t how it happened in his dream. I’m sorry but something like ‘memories you can drink’ isn’t really meaty enough for an entire screenplay.”

Jeanne Osborne, head of development for Sims Films, is all too familiar with the dream screenplay.

“At least once a month I get a screenplay submission based on a dream, and without fail it’s ninety pages of fucking nonsense. The last one featured a chase with an invisible creature while the main character’s hair refuses to stop growing but could also be used as a weapon or some shit,” Osbone said while picking up a script titled Clouds Made of Teeth. “I don’t even have to finish reading it – and I never do – to know the main character wakes up at the end to what may, or may not, have been a dream. I need a drink.”

At press time, Andrews announced he has placed this project on the ‘back burner’ after getting stalled at a plot hole on page three.