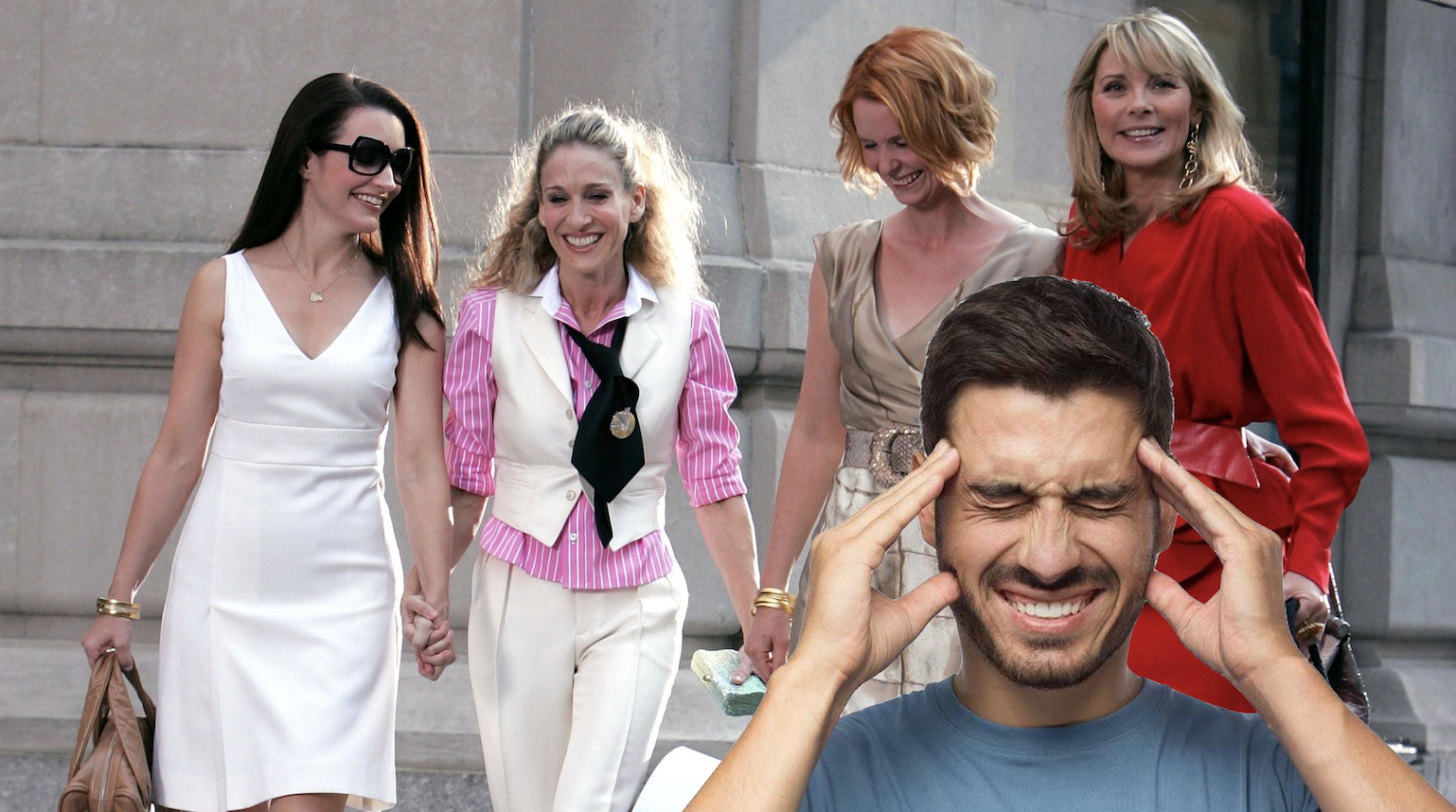 DENVER – Zain Maroun and Omero Pugliesi’s romantic Saturday date night in failed to go as planned after Maroun rebuffed his husband’s suggestion that they have a Sex and the City marathon by claiming to have a headache, frustrated sources reported.

“Out of the blue, my husband says that we need to have a Sex and the City marathon,” said Maroun, a 41-year-old marketing manager. “And although normally I’m completely down for that, I’m no spring chicken anymore. I have to get in the mood first. Maybe watch some Tenacious D to get fun and flirty. I mean, we were watching a serial killer documentary on the couch, for crying out loud. He wanted to go straight from Ted Bundy to Carrie Bradshaw. Like, really? He didn’t make popcorn, get the comfy blanket, or dim the lights. He can be such a Samantha, the way he just wants to jump into bed.”

Pugliesi was disappointed, especially with his husband’s character attribution.

“I’ve always considered myself more of a Miranda. I think he was projecting that night, because he is definitely the Samantha of the relationship,” said Pugliesi, a 38-year-old nurse. “I’m surprised he turned it down. Usually, he’s the one begging me for these types of nights. I finally have an evening off, and he pulls the headache card. Like, come on. I’ve faked more headaches than anyone I know to get out of watching TV. Now, I’m starting to think he may be watching the show with someone else when I’m at work.”

“When I found out about the little spat, I was quite shocked,” said Boucher, who has been their therapist for six years. “Their relationship is generally strong, but Zain has complained about a lack of Sex and the City in the bedroom many times. Maybe after all the times Omero turned him down, he found someone else to share that intimate moment with. Now that I think about it, he has mentioned a woman named Rhiannon that he goes shopping with. Hopefully they haven’t gone further than that.”

At press time, Pugliesi claimed he was ‘too tired’ to have sex.