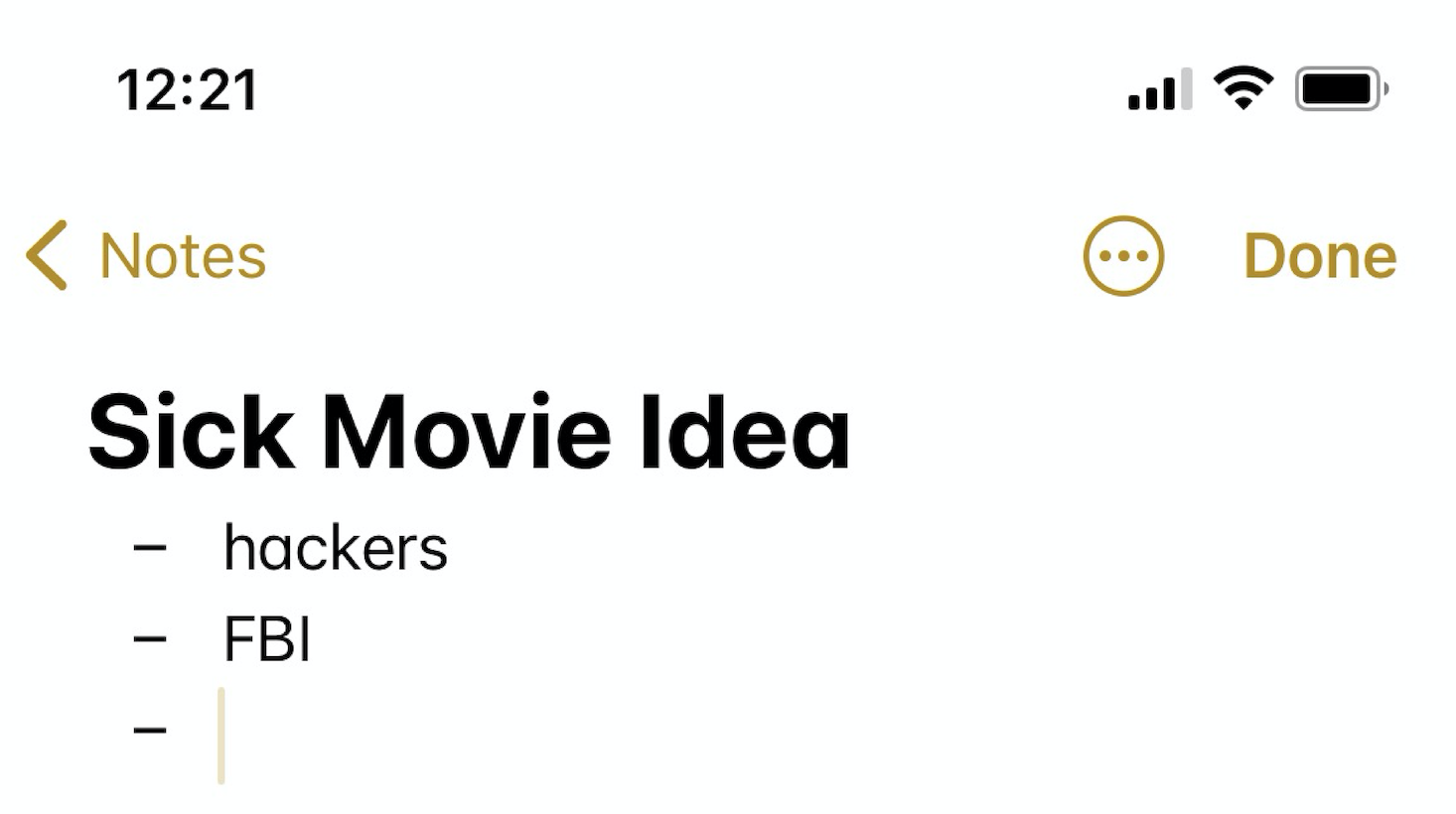 MILWAUKEE – Recent film school graduate Kelly Yonkers’ is reportedly running 309% over budget mere seconds after writing down a sentence fragment of a script idea in her iPhone, multiple insiders report.

“I had an idea for a feature about hackers who all converge in one house after being pursued by the FBI and they realize the identities they portrayed online are nowhere near their realities,” recounted Yonkers, recent graduate of University of Wisconsin-Milwaukee. “So I typed it into my Notes app, and the moment it saved, I got a Google Alert with my name in a Deadline article saying that ‘H4ck3r H0us3’ is 309% overbudget. Then, I got a call from a Chase Bank debt collector, and my credit score sunk to 370. Umm... Help!”

Hollywood insiders and journalists were quick to jump on the script idea’s struggling finances.

“’H4ck3r H0us3’ was doomed from the start with its SEO-unfriendly title. Let’s hope it’s merely a working title,” said film industry journalist Lacey Ulbrecht, in an article on Deadline.com. “Executive producer, writer, and director Kelly Yonkers will have to seek additional investors lest its production difficulties continue. Her work may become the ‘Heaven’s Gate’ of 2021.”

Veteren Hollywood filmmakers attempted to offer a few calming words of advice for those aspiring to create works for the silver screen.

“Look, no movie is ever under budget. And if you think it is, it’s not because you’re actually under budget- it’s because your accountant fucked up the budgeting to begin with,” said legendary director Martin Scorsese. “I don’t know that good art can even be made without overspending. ‘The Departed’ wasn’t costing us all that much money, so I demanded to use ‘Gimme Shelter’ in the soundtrack. That lit a stress-filled fire under my ass, and hell- I got my first Best Director Oscar with that one.”

Yonkers’ problems continued, as she reportedly received a call from actor Ryan Gosling stating that he would never, ever work with her mere seconds after creating her empty Final Draft project.