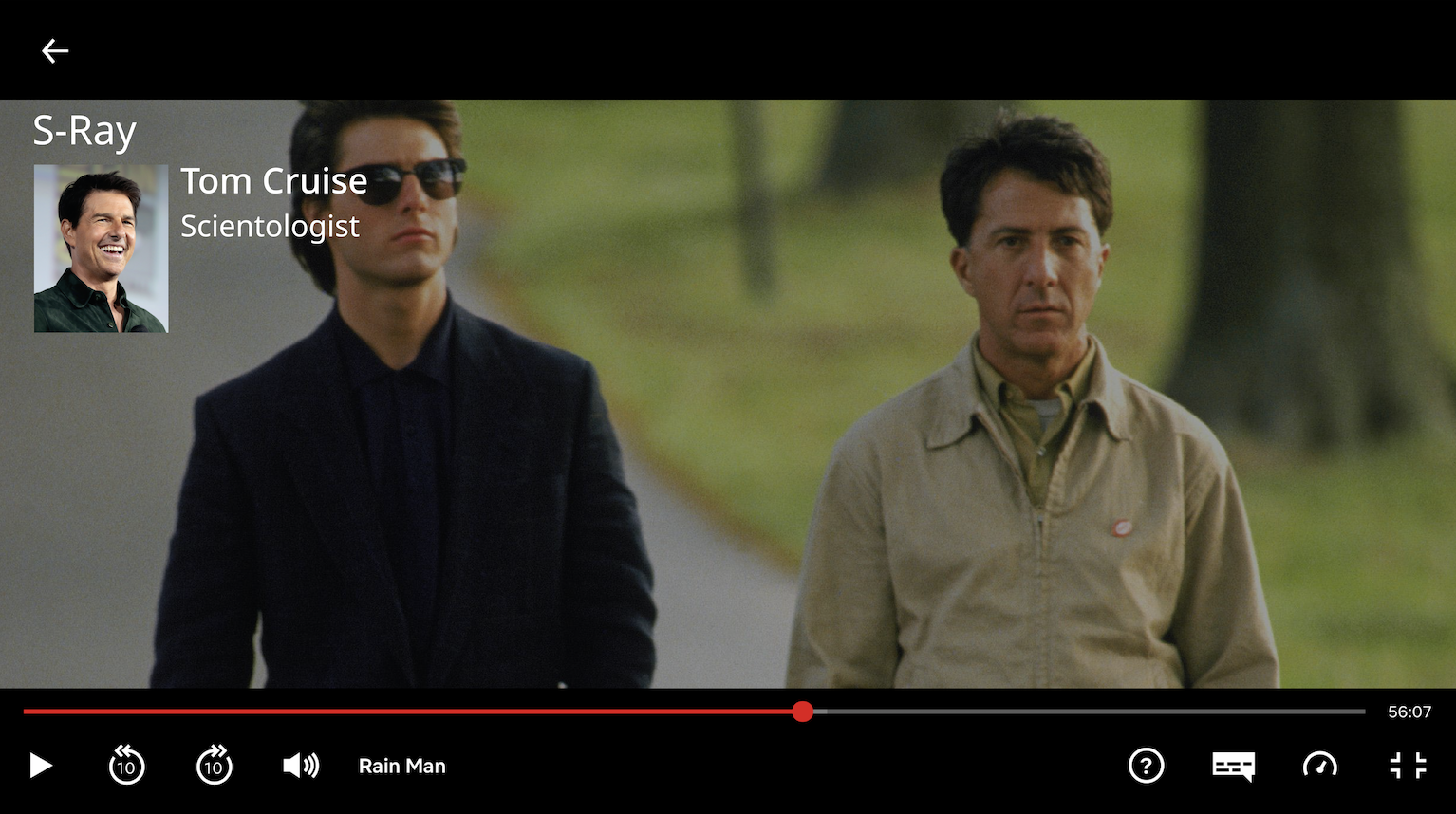 “This has been one of the most requested features amongst our customers for years. From our surveys, this suggestion seems to come up over and over,” said Netflix Content Lead Ricky Cuervo. “Some other commonly suggested features that we’re considering for the future include the option to make the ‘DUN-DUN’ sound when opening the app even louder, and the ability to see how many hours of human contact you’ve sacrificed to watch The Office. We also get tons of requests to let people create watch-parties with friends, but that’s kind of a dumb idea. Who would want that?”

The announcement has been met with an overwhelmingly positive response from subscribers.

“I’m glad they’re finally doing this. And relieved. I don’t want to be predisposed to joining the church of Scientology because I admired Giovanni Ribisi’s work while oblivious to the fact that he believes humans were brought to Earth and then mass murdered by a Galactic Dictator,” said architect Ellie Barnett. “I just wish there was a way to tell if people were into this shit in real life before they take down your information or hand you a copy of Dianetics. Hulu should take note too. Just imagine how many young women could have been saved from getting sucked into a religious cult if the star of The Handmaid’s Tale was someone other than Elizabeth Moss.”

The Church of Scientology criticized the streaming giant’s new feature.

“We have a calculated approach when it comes to recruitment and messaging. While we believe that eventually every person on earth will come to know our savior L. Ron Hubbard, this suppressive new Netflix feature does not help those plans,” the organization said in a statement. “As such, we’re running a 50-percent off sale for e-meter readings to anyone who cancels their Netflix subscription, just as Tom Cruise did.”

At press time, Netflix announced it would be cracking down on subscribers who share account information about which actors are Scientologists.