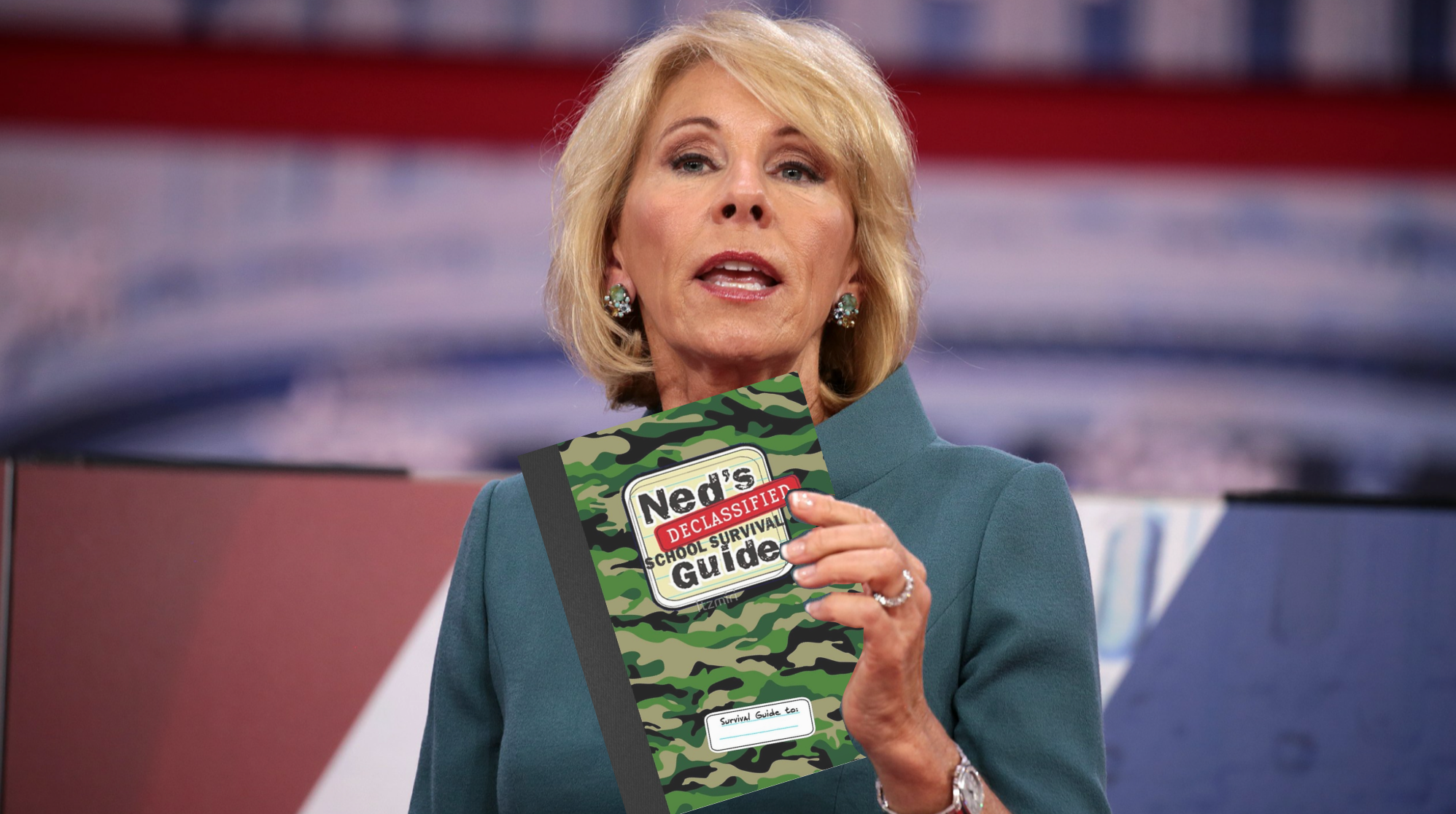 WASHINGTON, D.C. — In yet another controversial measure coming from the Trump Administration during its final days, The Department of Education is reversing the Bush-Era declassification of Ned’s School Survival Guide, moving to shroud the document in top-level secrecy once again, according to current lawyer Claire Sawyer.

“That 79-cent composition notebook should have never been seen by the public, and especially not those in public schools,” announced outgoing Secretary of Education Betsy DeVos, minutes before completely ditching her post when the country needed her most. “This was not just a guide, but an anarchist blueprint to cheat the hardships of middle-school and dismantle the entire education system as we know it— a system that mostly benefits people like me.”

Though Secretary DeVos declared these actions to be for the good of the nation, not everyone agreed.

“I don’t think I – or many of my peers, for that matter – would be alive today without Ned’s guide,” said 7th grader Kevin Schuster. “It’s taught us all so many life-lessons, like how to condense extra-credit projects, avoid stupid nicknames from bullies, and wear red puffy jackets to attract chicks. I am terrified of living in a world without it.”

“Luckily, I made a copy of it before the reclassification,” he added, flashing the book in his puberty sweat-soaked Jansport.

Ned Bigby, the author of the Guide, offered a sharp critique of the new policy.

“Reclassifying these documents is a detriment to young Americans everywhere. I’ve seen first-hand the good it can do, and the damage incurred during its absence. And that’s why I’ve contacted Julian Assange to coordinate the release of the full, unredacted Survival Guide to WikiLeaks,” he said, seeking refuge at the Ecuadorian Embassy in London. “I understand the risks and the severity of my actions, but I cannot stand idly by and let the US government force middle schoolers to fend for themselves.”

At press time, shoulder-angel Abraham Lincoln could not be reached to comment on the political situation.