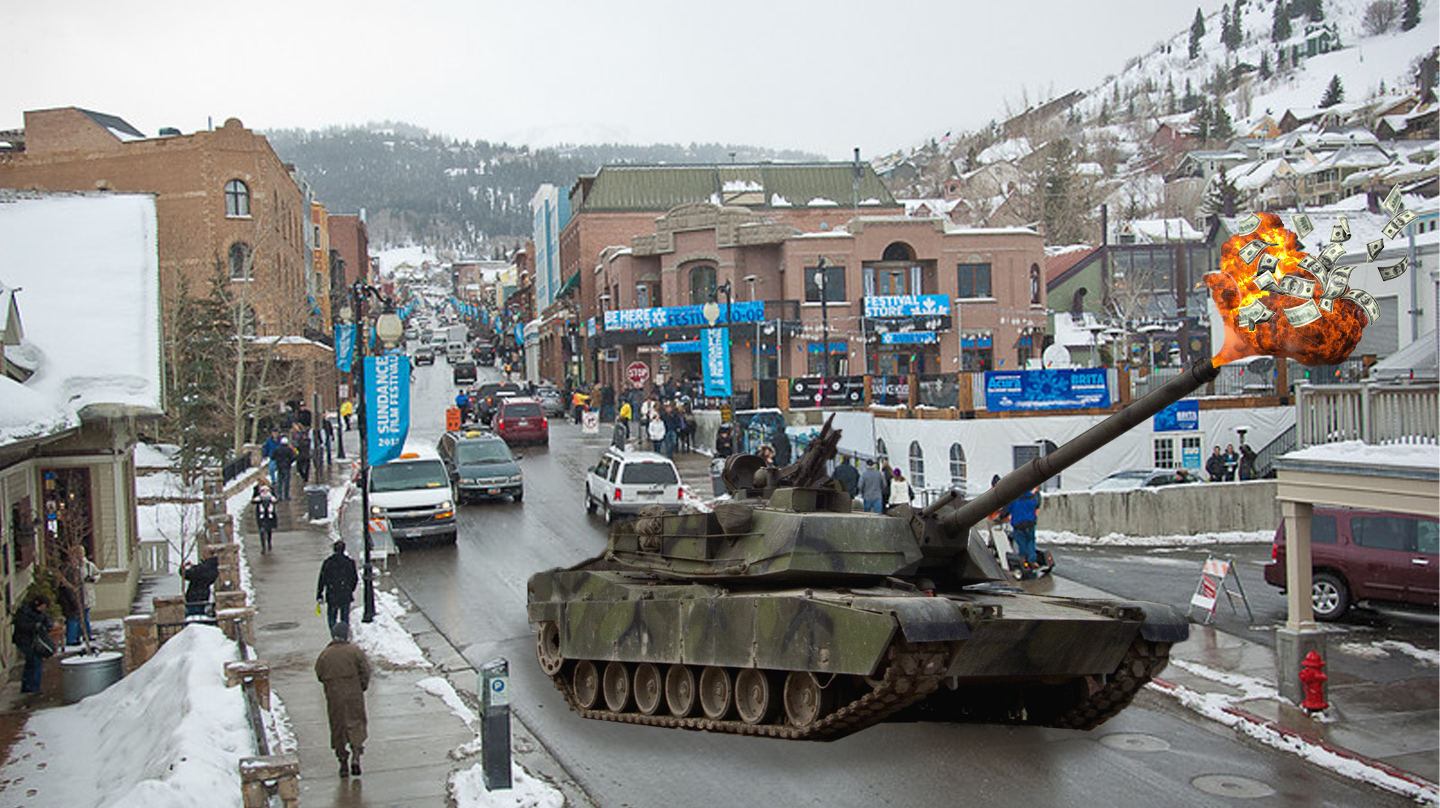 PARK CITY, Utah — Cannons boomed and bodies piled up in the streets of Salt Lake late into Wednesday night as the ferocious battle between distributors over acquisitions from this year’s Sundance Film Festival drew to a close, critically wounded Neon interns report.

“I joined this industry for honor, for glory,” said IFC Lt. Coordinator Sam Nielson, taking shelter from enemy fire in the empty Pizza Hut lounge, “After seeing Neon’s incredible success with Palm Springs last year, I thought it would be the way to make my mother proud. But I have to wonder, is all this killing over a film with two Papa Roach needle drops really worth it? I watched my colleague in acquisition get his eyes gouged out by an A24 pig… may god rest his soul.”

“The strategy was simple,” Chong explained. “Place a distraction in Eccles Theater, then flank the enemy from all sides. And we didn’t just use interns and office workers this year, we decided to send in our factory workers too. Some may say burning a pile of money in a high school auditorium is too far, but for a film so moving it was worth it. Haven’t actually seen it, hear it’s great.”

The annual conflict has taken on a new level of sincerity in recent years, as studios have taken to consulting U.S. military commanders.

“I was brought in because Miranda July almost lost her arm last year, and industry talent of her stature needs a more professional level of protection,” said Chairman of the U.S. Joint Chiefs of Staff Mark A. Milley. “Ultimately, the idea here is to save lives with as swift a victory as possible. Obviously, and tragically, things didn’t go that way this year – but that’s only because Annapurna showed up with tanks? How the fuck was Annapurna able to afford an M1A2 Abrams?”

At press time, Jeff Bezos stepped down from the head of Amazon under gunpoint from A24’s acquisition team.