Woman Ages 20 Years Deciding What To Watch On Netflix 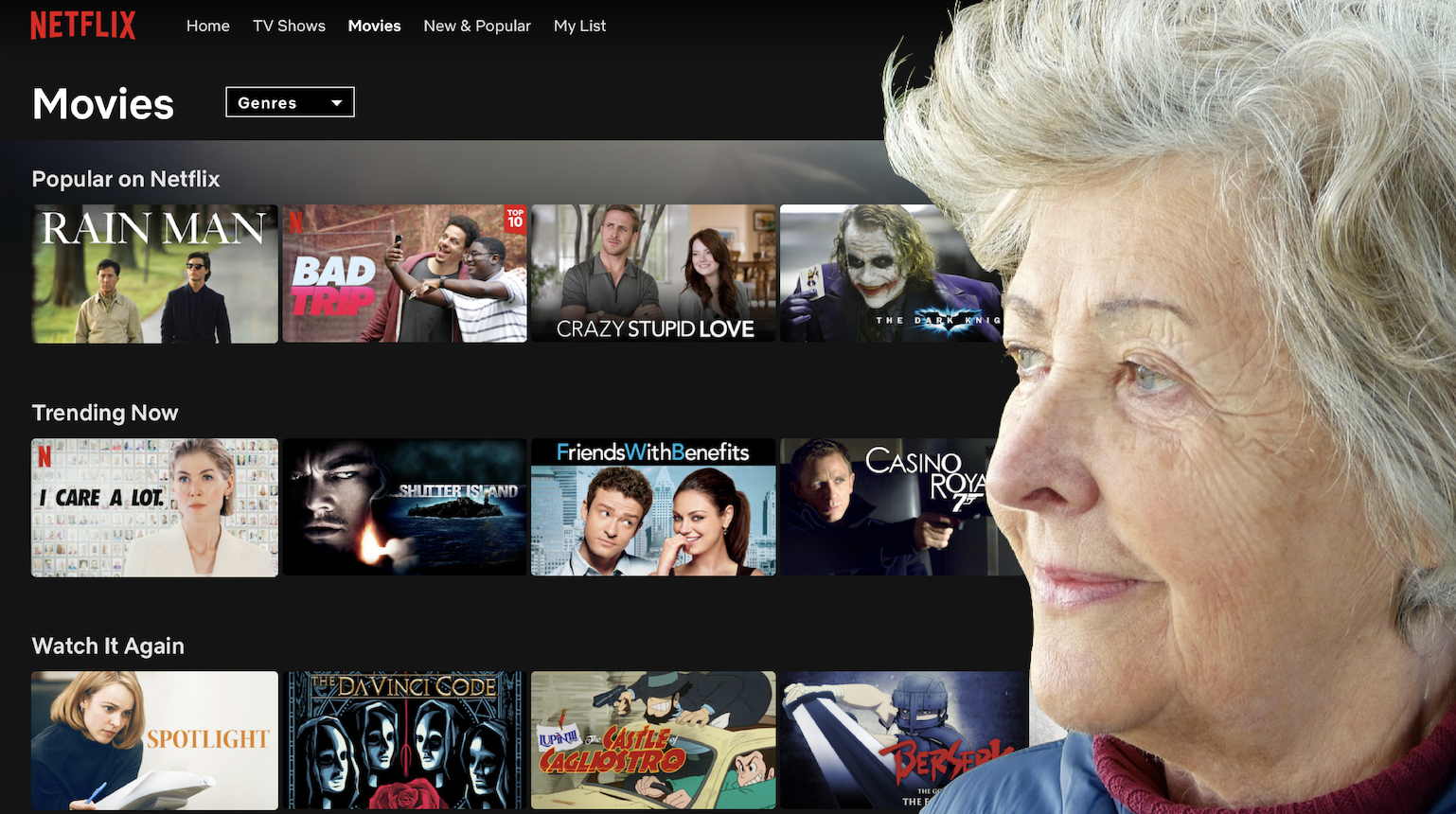 “I had just finished watching Schitt’s Creek and wanted something else to watch, so I started scrolling,” Joyce explained while applying an IcyHot to sooth her aching joints. “Then Netflix started automatically playing a trailer for Yes Day, so I watched the trailer for that. Before I knew it, I’d ended up scrolling through movies listed as, “Because you watched Naked Gun: From the Files of the Police Squad.” By the time I settled on something to watch, I’d developed rheumatoid arthritis, my hair was half gray, and my beat up 2010 Jetta had transformed into a brand new Honda Odyssey.”

Joyce’s roommate, Philip Kim, was surprised by the transformation.

“She sat down to watch something right as I was leaving for dinner. When I got back, some woman in her early 40s was on the couch, eyes glazed over, arm extended holding the remote.” Kim said. “It took me a second to realize it was Grace. I only figured it out because she had the same Brontë tattoo on her forearm, albeit wrinkly and faded. What a shame. She had so much life in her, but now all she does is knit and drink wine at 4pm.”

Experts believe Joyce’s experience is part of a broader phenomenon in which people rapidly age while trying to make mundane decisions.

“We’ve seen this trend with many people. They sit down and just can’t decide if they should rewatch a mediocre TV show or turn on a classic to have on in the background while scrolling Twitter,” said Samantha Bryman, a sociologist at the University of Rochester. “Our current hypothesis is that Netflix’s suggestion algorithm overwhelms the frontal lobe – the part of our brain that makes decisions – with so much stress that the body undergoes accelerated aging. It’s pretty fucked up.”

At press time Joyce’s age had reset after Netflix kicked her off the platform for using her boyfriend’s password.