Over the past decade, Source Code’s legacy has largely dimmed as one of many teal-and-orange-soaked, mid-budget action films of the era. However, never has a film so masterfully crafted an environment for a father and son to sit three feet apart on a sectional and not speak to each other. For this reason alone, it begs to be revisited.

The gritty, high-concept Jake Gyllenhaal vehicle centers around an Army Captain navigating an experimental simulation of a real train bombing. Time, reality, and dimensions are all called into question as Gyllenhaal’s Captain Stevens attempts to hunt down the culprit. This central idea of attempting to reverse the past is a provocative one, particularly for viewers who have just begun to reconnect with their long-lost father after he showed up unexpectedly at an improv show they were in their last semester of undergrad.

Ben Ripley’s script is at times convoluted and difficult to follow, but Gyllenhaal delivers a characteristically dynamic performance to keep the film grounded. Among the best nonverbal actors in the game, the Nightcrawler star needs only his lemur-like eyes to inject any scene with gripping emotional intensity, making him the perfect actor to watch with my father, who needs not speak or even look in my direction to convey that I shouldn’t ask if he wants popcorn. I should just make it. Asking would make me look weak and then he would stop loving me again. Right?

The ending of Source Code leans into the film's trippier, more mind-bending side, to great effect. Or at least it sounded like it based on the music. There was a scene where they went to “The Bean” in Chicago, at which point I got distracted thinking about when I went there with my dad as a kid. The divorce was my fault. I embarrassed him when I horse-galloped like an idiot in that intramural basketball game when I was eight. Horses don’t play basketball. People play basketball. Idiot.

While often riveting, Source Code is held back from true, era-defining greatness in my eyes by reminding me that perhaps my dad wouldn’t have left in the first place if I was Jake Gyllenhaal. 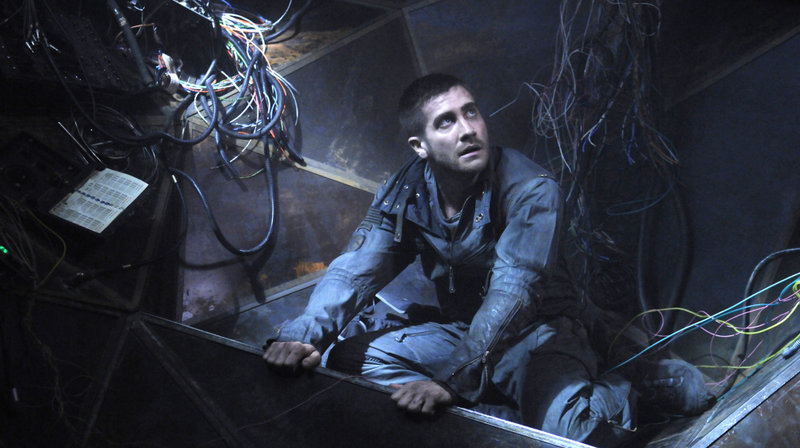