Midnight Cowboy is a blunt, unflinching and raw examination of poverty, masculinity and the naivety of youth. It's a hauntingly beautiful film and a must watch for every film lover. My only regret is that I wish I had watched the film before screening it at my 5-year-old son’s cowboy themed-birthday party.

Directed by John Schlesinger, the film centers on Joe Buck (Jon Voight), a youthful texan who idolizes classic old west personas popularized by John Wayne and John Ford, as he decides to quit his dishwashing job and move to New York City to become a male prostitute. The Hulu description didn’t mention the ‘male prostitute’ part, so I assumed that the film would be a whimsical coming of age rhomp about a young cowboy who takes on the big city. “Kinda like 'Elf' but with cowboys,” I thought, naively.

I didn’t have time to do any research so I just said, “hey this looks fun,” and hit play. But I knew something was off 10 minutes in when I had to explain what a sex worker was to my son’s friend Bryson.

Most people would have realized their mistake quickly turned on Toy Story or something more appropriate, but I was so enthralled by the chemistry between Buck and the sickly conman Rizzo (Dustin Hoffman), that I couldn’t look away. Much like myself and the young children around me trying to comprehend a piece of x-rated 70s auteur cinema, Buck and Rizzo go through hell and back together. In my defense, the film teaches an excellent lesson about friendship, personal growth, and trust once you get past all the nudity.

The kids and I were in tears by the end of the film, albeit for slightly different reasons. I was crying because Rizzo would never be able to enjoy the peaceful, quiet life outside of New York City that he had always dreamed of, and the kids were crying because they had just watched a man die slowly on a piss-covered bus seat.

In summary, I can’t recommend Midnight Cowboy enough, even if it did cost me an afternoon’s worth of sobbing children and livid phone calls from their parents. 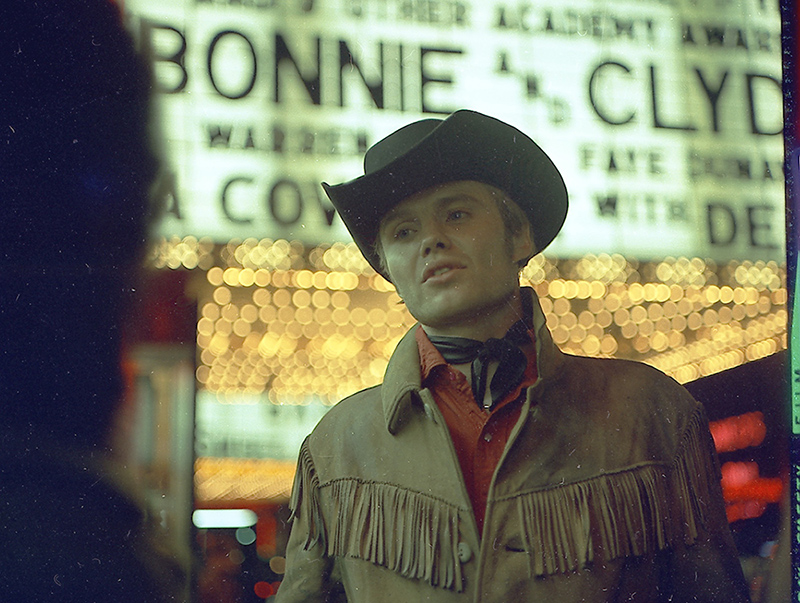