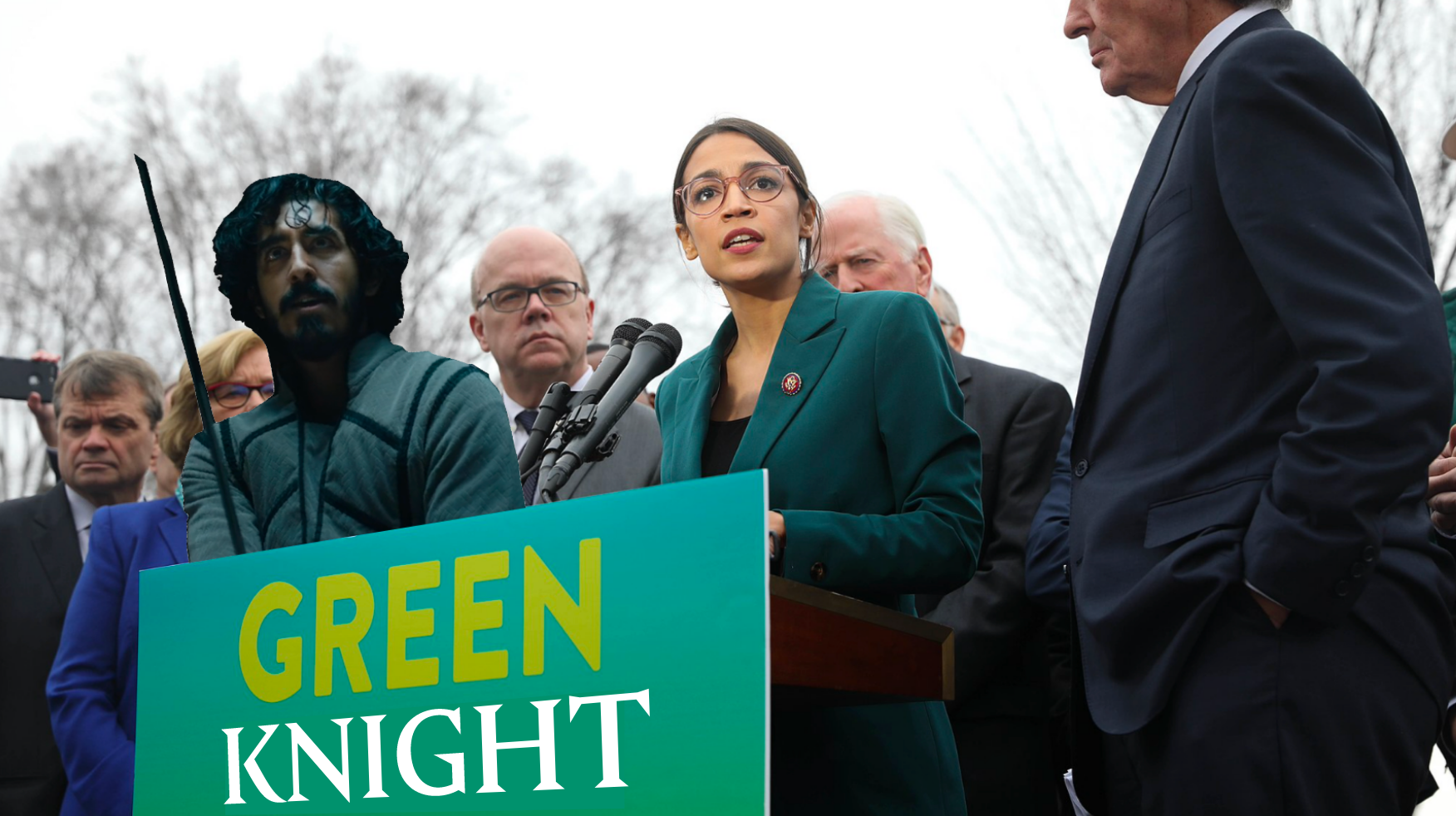 “This body won’t consider Medicare for All or extending unemployment benefits. The American people are suffering, and they need a new Green Knight. My plan involves a stimulus payment to movie theaters, assistance for theater employees who may need new jobs, and asking A24 really nicely to please just release The Green Knight as soon as possible. It’s good policy. Policy that will put food in the American people’s mouths and images of Dev Patel’s luscious hair and probably shredded abs in their eyes,” Ocasio-Cortez pleaded to her Congressional colleagues.

“At bare minimum, we all agree Dev is scorching hot. So can we at least come together to do one nice thing for the American people and release The Green Knight? Just this one little thing?”

Senator Bernie Sanders lobbied for the film’s release to his colleagues in the senate.

“It is my opinion that we need to release the damn movie,” Sanders said in a very loud, very long floor speech that made several cogent points. “The American people have suffered because this body has prioritized corporations and billionaires over hardworking families. If you won’t do anything else, you can at least let them experience a movie about a knight who is forced to endure great danger because of King Arthur, who was no doubt a member of the top 1 percent.”

While some Democrats rallied around Ocasio-Cortez’s plan, Republicans were less than enthusiastic.

“It’s simply not economically feasible for us to release The Green Knight right now,” said Senate Majority Leader McConnell. “After four years of inflating the deficit under a Republican, now that a Democrat is entering the White House it’s every Republican’s duty to make a hard pivot to untenable economic austerity. Plus it’s supposed to legitimately help people? For those reasons, my colleagues’ plan is dead on arrival in the senate.”

At press time, Joe Biden was reportedly considering Dev Patel for a cabinet position, in a win for congressional progressives and people with eyes.