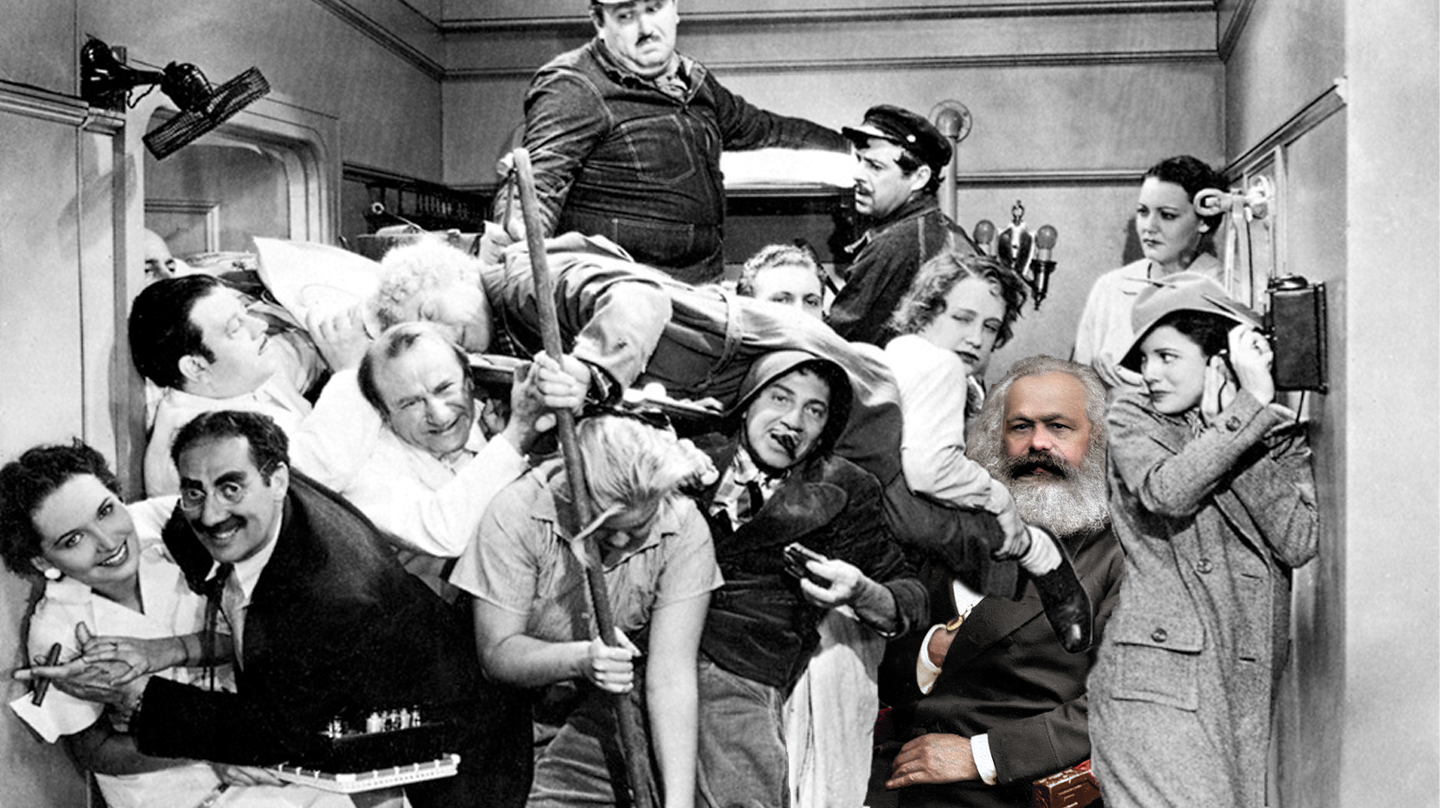 MEMPHIS – Self-proclaimed “Marxist” Donnie Scott continued to misunderstand the meaning of that word when he demanded that his friends watch a Marx Brothers double feature, annoyed friends reported.

“Every time we try to explain that ‘Marxist’ does not mean ‘fan of the Marx Brothers,’ Donnie responds with some dogshit pun in a wisecracking accent and takes a puff of a fake cigar while bouncing his eyebrows up and down,” explained frustrated friend Olivia Hayworth. “Usually we ignore him, but he begged us to watch a movie the other night. It was Horse Feathers, of course, immediately followed by Duck Soup because it was Donnie’s birthday. What is he, 119 years old?”

“I host my own DSA meetings once a month- DSA stands for Duck Soupers Anonymous, which is what I named my Marx Brothers fan club,” said Scott, who has spent quarantine taking harp lessons. “It’s mostly me and octogenarians rewatching the films, but mark my words – one day we will rise up and seize the means of comedy curation! It’s a damn shame that the streaming services present such paltry offerings of the greatest comedy troupe ever. My change.org petition is up to eleven signatures.”

Film historians note that the trend of obnoxious, self-righteous Marx brothers fans goes back to the early days of the group.

“Early Marx brothers fans would constantly tell their friends about how the system is broken and only revolutionary wordplay and sight gags could fix the Hollywood comedy machine to work for everyone,” stated Film History professor Janice Neil. “Something about that last name draws in the most fervent believers who take good ideas and warp them into something obnoxious and dismissible.”

Scott’s social situation continues to deteriorate, as he has apparently started referring to his obsession with mayonnaise via the mispronounced moniker “Maoism.”