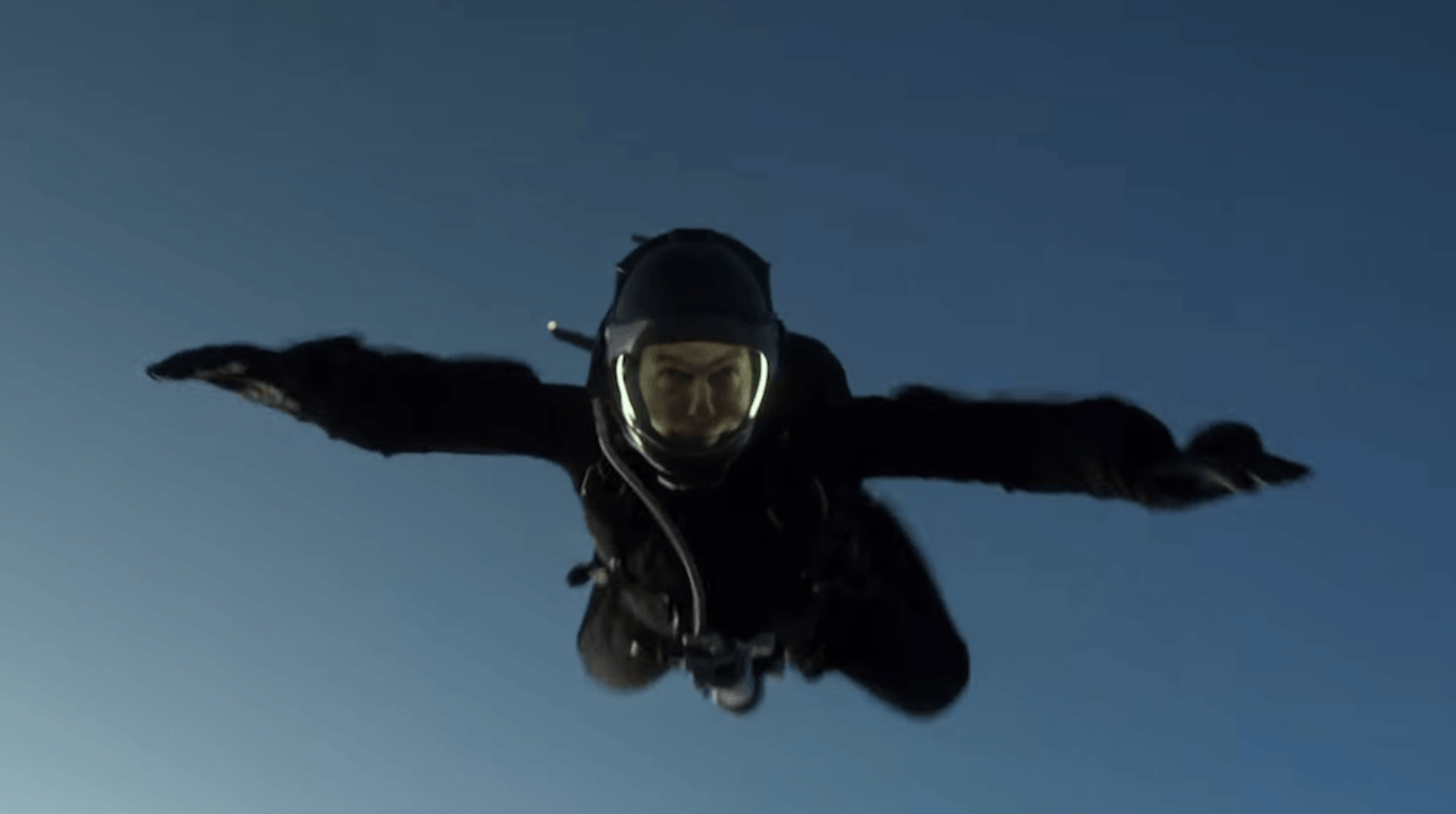 “I should have retired years ago, but no, I had to turn this Cruise character into a coked-out, adrenaline-seeking workhorse without an off button,” the fearless special agent could be heard muttering to himself on a hot mic. “How the fuck is jumping out of a literal plane relevant at all to investigating the Church of Scientology? Whatever, time to throw my increasingly-aged body out of a plane and into the capricious arms of fate yet again, I guess.”

Some on the production team believe the adventuresome actor is making things harder on himself than they need to be.

“If Tom doesn’t want to do a stunt, we have stunt doubles for literally that exact purpose,” said director Christopher McQuarrie. “This shit’s super dangerous. But with his insistence on doing them, it’s almost like he’s trying to be a real secret agent or something. It would certainly explain how he’s able to fly a helicopter and hold his breath for five minutes with so little training… Come on, though, that’d be ridiculous, right? There’s no way. He’s too short to be a spy.”

Hunt’s handler showed little concern for the agent relative to the mission.

“I’m aware that what we’ve asked him to do could very well kill him, but that’s the job.” said ‘Mission: Impossible - Fallout’ co-star Angela Bassett with commanding authority on a secure line. “Hunt’s mission as Cruise is a lot more complicated than you might think. He’s not running around in a rubber mask playing trick or treat like it’s Halloween. Lives are at stake, and as his handler I have to make sure he saves them - even if it means putting his own in harm’s way.”

At press time, Hunt and the Mission: Impossible film crew were spotted potentially destabilizing U.S.-Central European relations on a bridge in Poland.

BY:
Chloé Cunha
MORE FROM THE PLOT TWIST