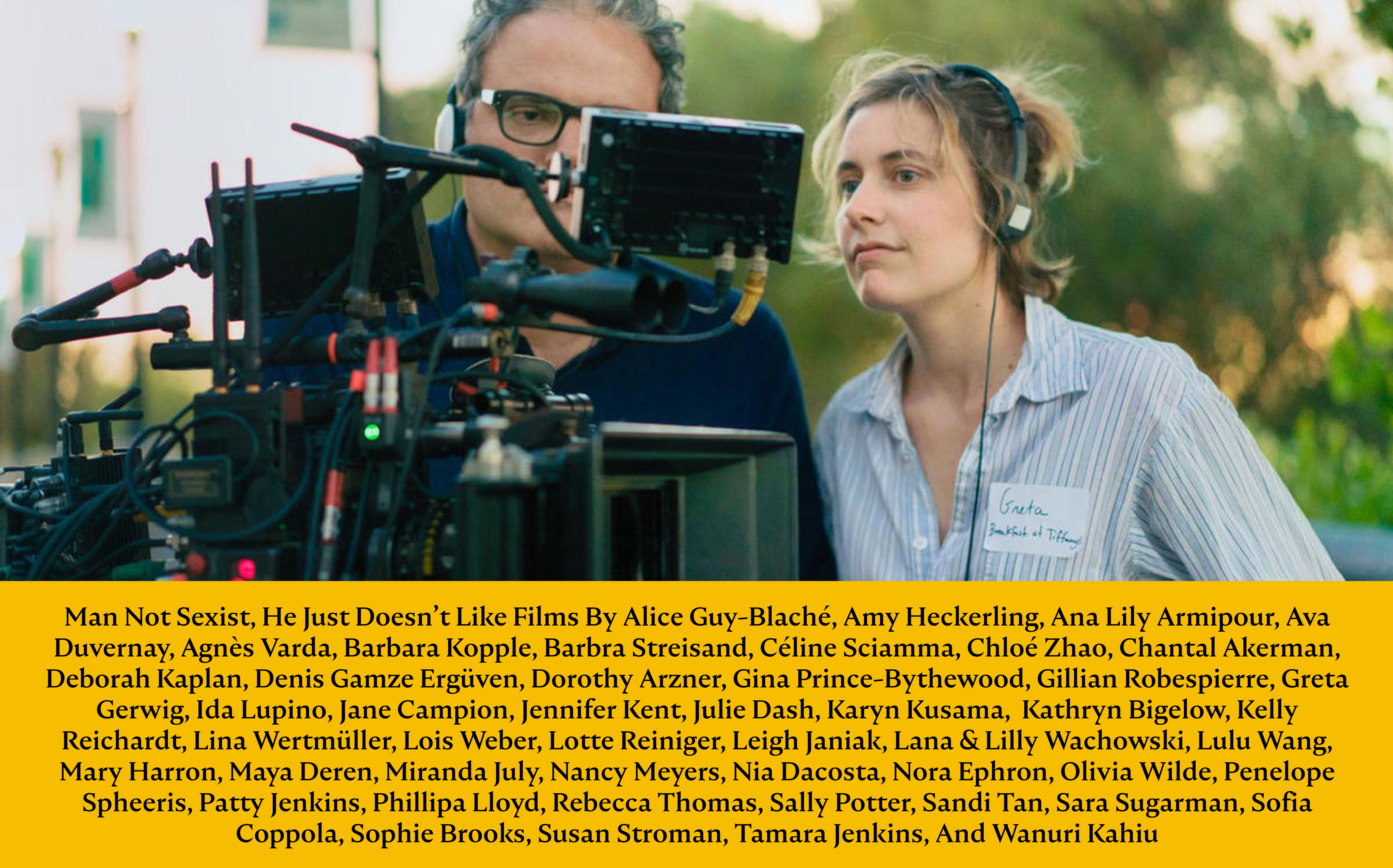 “Honestly, I just don’t think their projects are ambitious. They don’t push the boundaries. Like think about it, directors like the Coen Brothers and Tarantino push the limits of what we’re allowed to say and do” said Burnes, 24, who has never given a woman an orgasm. “I mean, it’s not my fault that those specific women, not all women, have never made a movie as good or as thought-provoking as Brian Hegeland’s A Knight’s Tale.”

Michael’s girlfriend, Valerie Roberts, admits their relationship has been a struggle.

“I’ve tried to show him films by women and he just goes, ‘that’s a movie not a film’ or ‘if women were actually good at making movies there would be more of them in the industry’,” she said in between getting lectured for mixing up David Fincher and David Lynch, “I love Michael, but he’s honestly just an ignorant dumbass a lot of the time. He keeps telling me he loves Point Break, but won’t accept the fact that Kathryn Bigelow directed it, not James Cameron.”

Burnes’ ignorance is unfortunately indicative of something more widespread.

“I hear this shit all the time from literally every man I know. They’ll have logged thousands of movies on Letterboxd and not a single one will have been directed by a woman,” said Monica Carroway, Roberts’ best friend. “And then they’ll have the audacity to say Little Women was too boring to finish, but then sit through 3.5 hours of The Irishman.”

At press time Michael was attempting to justify not being able to name any directors of color.