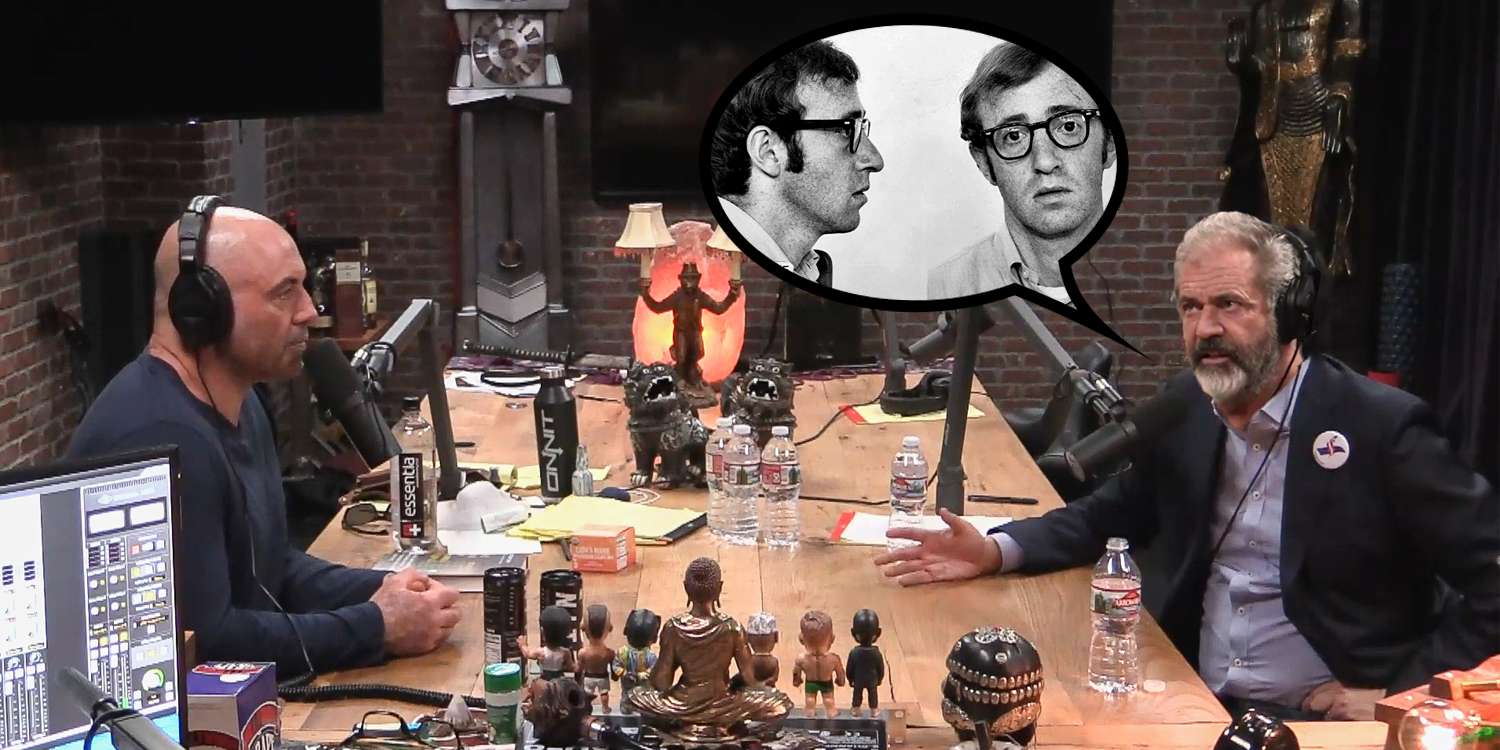 LOS ANGELES – During a cigar-filled appearance on The Joe Rogan Experience earlier this week, disgraced actor Mel Gibson revealed that disgraced writer-director Woody Allen was at the top of his professional blacklist for, um, the wrong reasons, concerned sources report.

“Even I have standards,” Gibson grumbled into the microphone. “Working with Woody Allen would be career suicide.  I don’t know how my career would even recover from something like that. You try to take your nine kids to see the set, but then what happens next? He’s in the back room with them teaching them about the persecution of his people and why religious tolerance is essential to a modern society. Absolutely repugnant.”

Critics of the actor were quick to respond to his insensitive comments.

“While I’m certainly touched to hear that Mr. Gibson has some standards, I don’t understand why he said the things he did,” said Allen’s estranged son and brother-in-law Ronan Farrow while playing himself in a chess game where all the pieces are Hollywood producers. “Not the antisemitism  — that’s a given — but doesn’t he care about Allen’s clear treatment of young women as sex objects? Or the arrogant introversion of making films that beg for the viewer’s pity? Or his god-awful clarinet trad-jazz?”

Gibson’s career, however, lives on through lesser-known nostalgia, for better or worse.

“Wait, the guy from Chicken Run said that?” asked Los Angeles native Fred Parsons. “I’m absolutely shocked. That was a classic family movie about creepy-smiled British chickens with fingers rejecting the moral bankruptcy of capitalism, but now it’s tainted! Who could have thought that the guy who starred as a cocky American bastard in a movie would also be one in real life? Jeez. At least I still have Buzz Lightyear and the Bon Appetit Test kitchen to fall back on.”

At press time, Gibson had just disavowed Tucker Carlson as a “left-wing buffoon.”