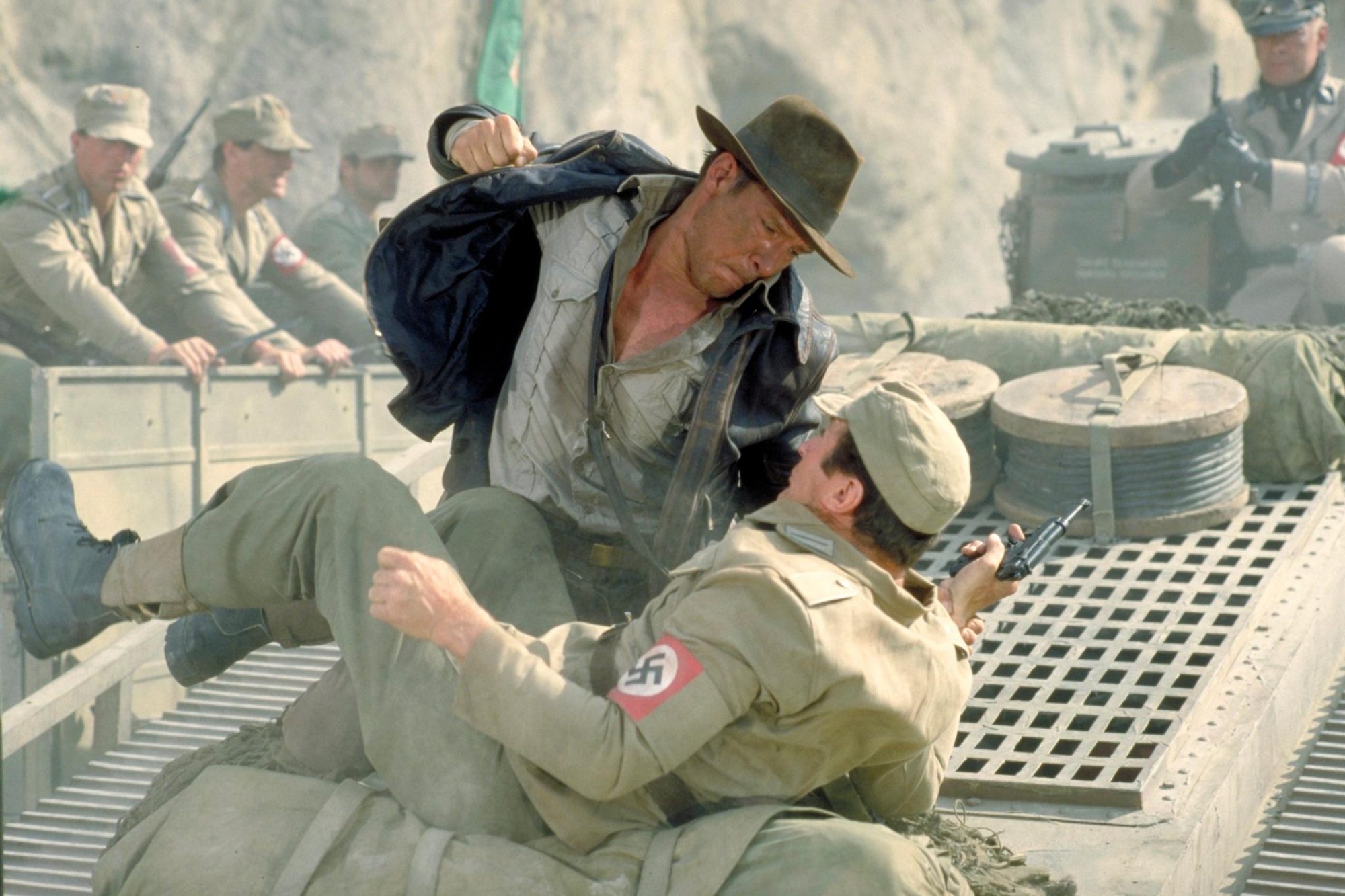 NEW YORK — Entering their 40th consecutive year of vigorous debate, members of the New York Film Critics Circle remained unable to determine whether Raiders Of The Lost Ark is a good movie or if it’s just comforting to watch a smart, hot man punch, whip, and otherwise physically harm Nazis.

“I understand why some of my colleagues believe Harrison Ford’s looks add to the film, as I have 20/20 vision,” said one of the 5 critics named David in the NYFCC. “However, Raiders is a cinematic masterpiece on its own merits: It stands the test of time because of its thrilling action sequences, compelling hero, and its ability to educate its viewers as to what belongs in a museum.”

Other members were fiercely critical of nearly every aspect of Indiana Jones’ big screen debut – except for its burning hot star and his burning hot hatred for Nazis.

“On its face, Raiders is a terrible film. Indiana Jones is rude, had a questionable relationship with Marion Ravenwood, and just oozes toxic masculinity. I am absolutely sickened that young women are growing up in a world where this film is lauded as the pinnacle of its genre,” said another David during his commute to record a podcast episode about the movie as part of a Spielberg miniseries. “That said, Indiana Jones is bonkers hot, and punches a lot of Nazis. Sometimes in the face, and to the point where they pass out from their injuries. That honks.”

“Is Raiders perhaps one of the greatest movies of all time? Probably. Is that partially because Indiana Jones is both a beefcake and a professor and physically bests Nazi after Nazi after Nazi for two out of four films? Also probably. I think it’s stupid that people think we have to choose just one. Can’t we just let people like what they like? Unless they’re a Nazi, obviously,” said copywriter Amanda Neilson while presenting a powerpoint of every artfully shirtless Indiana Jones shot from Temple of Doom.

At press time, David Ehrlich was the sole objection to an NYFCC motion disqualifying Kingdom of the Crystal Skull from the Indiana Jones canon.