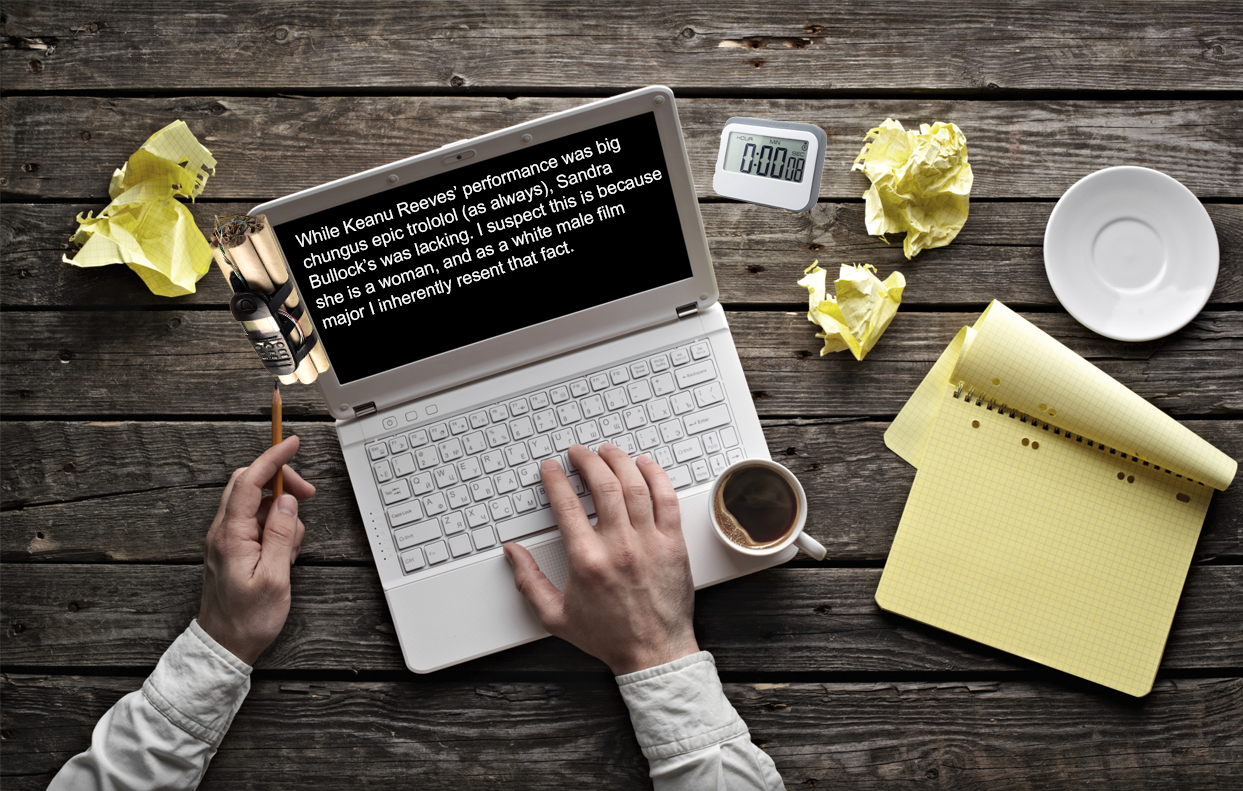 With pulse-pounding action, thrill-a-minute pacing, and a killer 90’s aesthetic, it’s no wonder 1994’s ‘Speed’ has held up for all these decades. Oh god, oh god, shit, they hooked a bomb up to my computer while I was sleeping, and if I stop typing this ‘Speed’ review, it’s gonna blow.

‘Speed’ follows Los Angeles police officer, um, shit what’s his name? I’d Google it but I certainly can’t do that right now because switching applications would trigger what appears to be the multiple bricks of C4 wired to my computer. Anyway, it follows a cop played by Keanu Reeves who finds himself trapped on a bus that’s rigged to explode if its speed dips below 55 miles per hour. Oh shit, I’m just remembering now that my kids are in the other room. Fuck.

Despite being a bit of a product of its time, there’s no denying that ‘Speed’ is a rollercoaster ride of an action film. The action in the film is, ummmm, I’ve been using a lot of adjectives because to be honest I’m not in the emotional state to be writing a thoughtful review at the moment. Ummm, the action in this film is good?

Not only does this film deliver on thrills, but it also pays close attention to its characters. While Keanu’s character isn’t the most developed lead in the world, there’s plenty of personality to be found on the bus, especially from Sandra Bullock, in her breakout – oh my god fuck yes. The Bomb Squad is here and they’re telling me they’re gonna get me out of this but I have to keep typing while they defuse this thing. The film also features a fun villainous turn from Dennis Hopper – oh no, right now they’re debating which wire to cut and it’s getting tense. Fuck, fuck, fuck they can’t decide. I never thought it would end like – wait, they just told me it’s defused and that I can stop typing, but at this point I’m scared to stop.

‘Speed’ is an action classic that will endure for years to come. I am very grateful to the members of the Bomb Squad for helping assure I’ll be able to watch this film for years to come. Okay, that’s the end of the review. If I blow up, tell my wife I love her. 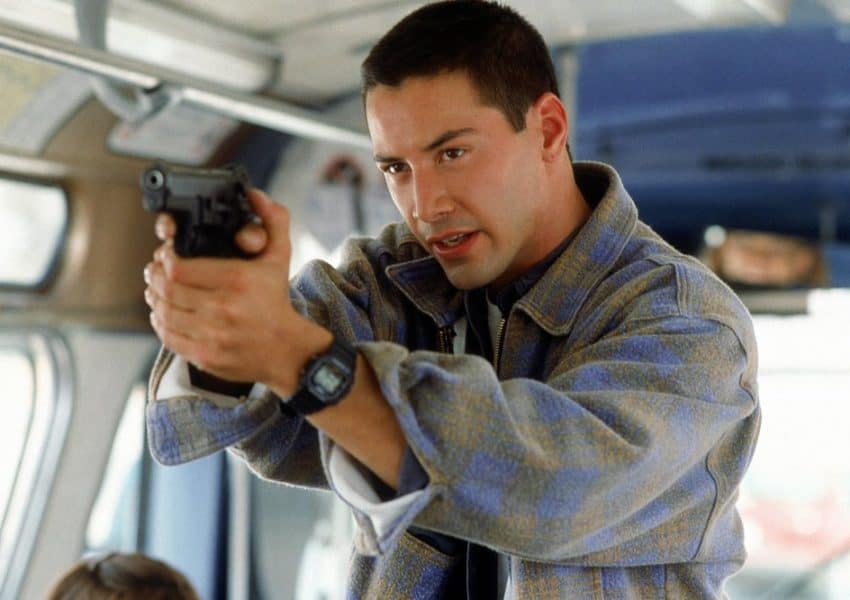