Review: A Quarter-Century Later, 'Showgirls' Remains The Artful Masterpiece That Made You Gay 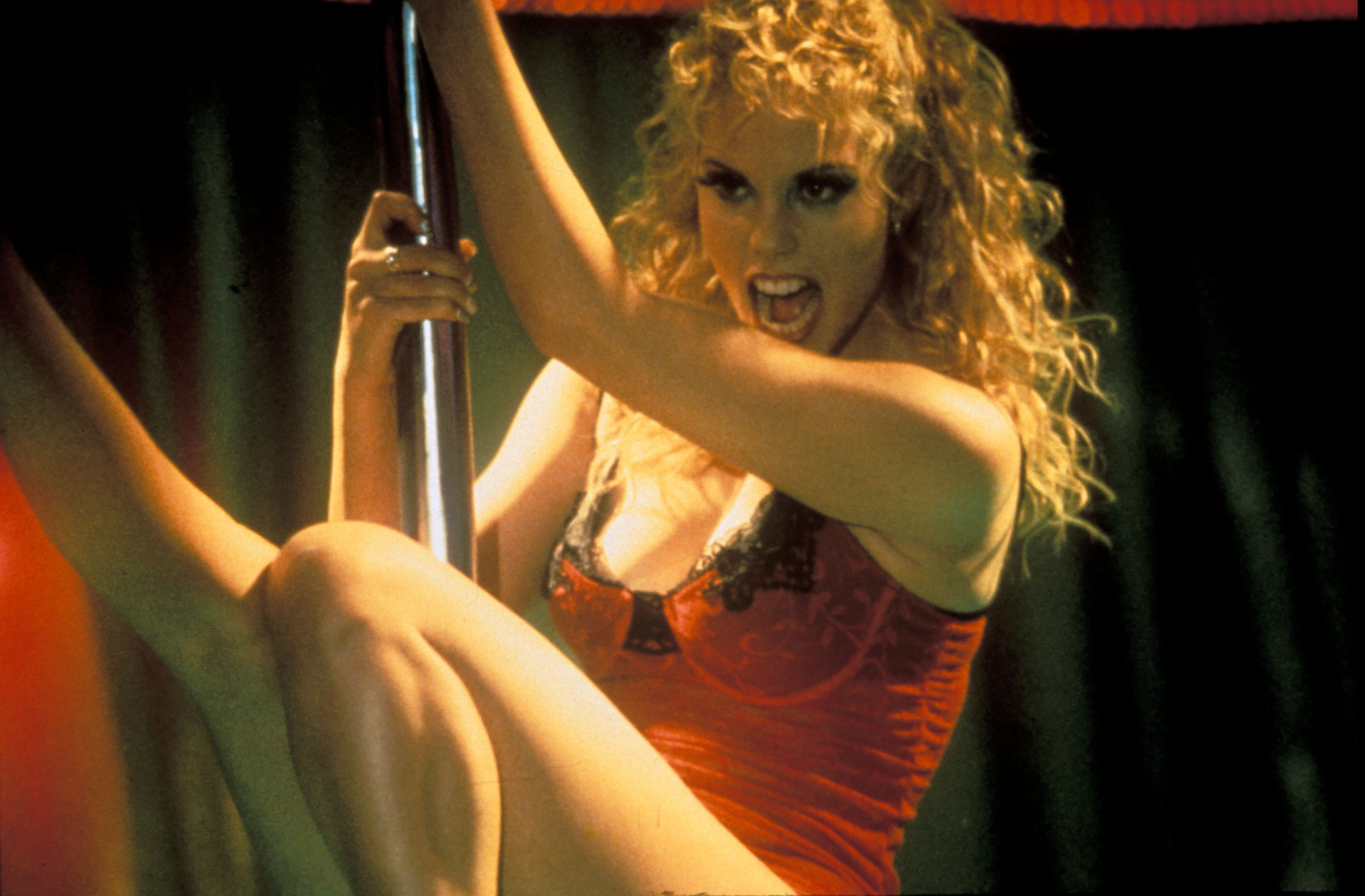 A cult classic infamous for gratuitous nudity and a threadbare plot, Showgirls is the story of Nomi Malone (Elizabeth Berkley), a mysterious drifter striving for stardom and survival in glitzy Las Vegas. Nomi dances her way past friends and foes alike, clashing with her sexy rival Crystal Connors (Gina Gershon), a successful showgirl with the sharpened elbows to prove it. From its first splash on the big screen to the fateful day when – unbeknownst to your sleeping parents – you stayed up late to watch it on Cinemax, this film has both delighted and surprised audiences by awakening the uncontrollable sapphic thirst previously dormant within them.

Nomi is often prone to random, fiery bursts of rage, whether she's frenetically squeezing out ketchup or angrily gyrating atop someone.Those who fixate on her aggressive behavior fail to see the quiet beauty of Nomi’s self-discovery, and the joy of seeing another woman's breast for the first time at the tender age of 13. Too often focus is misplaced on the directorial choices of a film instead of the age-old question, “What's that tingly feeling in my hoo-hah?”

Questions about whether Nomi Malone is a sympathetic protagonist also miss the point. Sure, she mostly feels less like a character and more like a monologue from an actor's audition book, but did you feel a quiver in your Batman pajama bottoms every time she and Crystal Connors exchanged a sultry, subtext-laden glance? Yes. And when they danced together and Crystal tore down her blouse and pinched her nipple? Your nipples tweaked in solidarity. And when they kissed and you thought, “Wait... Is this what my sex ed teacher was talking about? But those are two wom – Oh. Ohhhhh. No wonder I made my Barbies kiss so much,” that was art. Also, gay. Gay art.

That said, Showgirls is difficult to finish, because by the last third of the film you'll have inevitably awoken your parents and will need to quickly turn off your TV and scamper into a makeshift hiding spot behind the couch. This is probably for the best, in retrospect.

But listen: Showgirls is a film, and you're gay for having watched it. Thank you, Paul Verhoeven.